Hensley '15 takes lead role of men's golf; Cornett to stay on as assistant 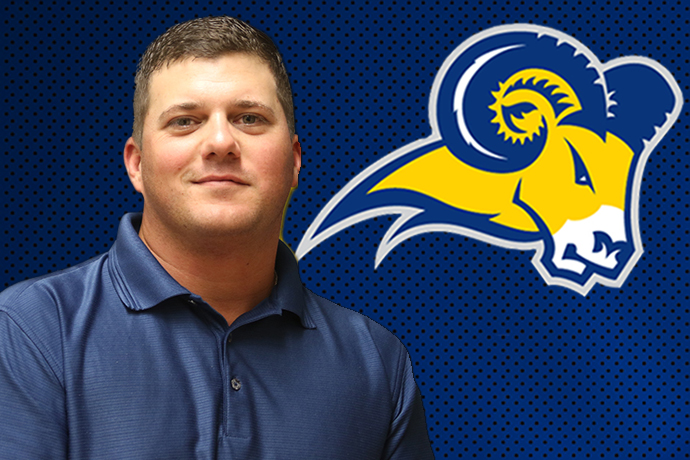 "Bobby Cornett leaves a legacy that is second to none," commented Dotson. "He is a legend in the collegiate golf circles.  For him to win a seventh national championship for the university, I feel, is a fitting end to his career as a head coach. Fortunately for us, he will remain involved with the program in an assistant's role and as a fundraiser for the golf programs."

"In Shaun", Dotson continued, "we have an extension of Bobby and the proud tradition of Texas Wesleyan golf. He played for Bobby, he's a graduate of Texas Wesleyan, and he understands the historic success our golf program carries. I have complete confidence that Shaun will take the reins and continue the successes we've enjoyed throughout our program's history. He was a vital piece to the championship this past season, and has enjoyed his own success as a head coach at Ranger College. The future of Texas Wesleyan Golf remains bright."

Hensley, who was a Lee Trevino Scholar at Texas Wesleyan, played two seasons for the Rams after redshirting the 2012-13 season while regaining his amateur status. Following his graduation in 2015, Hensley served one season as a graduate assistant at Texas Wesleyan before becoming the head men's and women's golf coach at Ranger College.

At Ranger, he served under Athletic Director Billy Gillispie during the 2015-16 season. Hensley led the Rangers to a national ranking of 18th (NJCAA Division I) and a sixth-place finish in the region.

"As a player, you don't see how much goes into coaching behind the scenes," said Hensley. "We joke all the time that once we get to a tournament to play, we actually get to start doing our job and what sets us apart from every other coach."

Hensley reflects on his tenure at Ranger and compares it to how having a legend alongside him has been beneficial.

"Coming from a place where you had to do everything on your own [at Ranger College] and not really knowing if your decisions are the best for the program, to coming here and being able to share our stories and experiences, learning from mistakes, and getting advice from Bobby, sharing his mistakes and what to watch out for – it's been a more than any young coach would want to start their career," Hensley said.

Hensley also knows how valuable Cornett will be as an assistant coach.

"I learn something new every day, which is why it is vital that if we go through with this [coaching change] that he has to stay around. He needs to be sitting behind that desk because I know there will be a million things that come along that I haven't dealt with that he can help with. The run that we have going right now, the student-athletes that we have, I know this thing can go on for a long time with the both of us sitting in this office together and we're planning on that not changing for a long time," Hensley said.

Hensley resides in Fort Worth with his wife, Ashley.

"Shaun did all the heavy lifting this season," commented Cornett on Hensley. "For the last 19 years, I've been trying to get this [national championship] done another time, unsuccessfully, and the only difference has been Shaun. He's got the rapport with the guys and they respect him. He can hit the shots he wants the players to hit. He brings the right stuff to the equation – it's perfect timing."

Cornett helped lead the Rams to their first national championship since 1999 after taking the NAIA title by 11 strokes. Cornett was also named Sooner Athletic Conference Coach of the Year after leading Texas Wesleyan to its first SAC championship. This season, the Rams notched their 29th consecutive top-six finish capped by a national championship. The team finished no worse than sixth in any tournament during the season, while winning six tournaments. Tyron Davidowitz was named First Team All-American, Rowan Lester and Futa Yamagishi were tabbed to the second team, and Declan Kenny and Victor Miron took home third team honors.

Bobby Cornett is a member of the Texas Wesleyan Athletic Hall of Fame ('86), the Golf Coaches Association of America Hall of Fame ('10), and the NAIA Hall of Fame ('12). He has been named NAIA National Coach of the Year four times while leading the team to National Championships in 1990, 1995, 1999 and 2019.

Since the 2009-10 season, he has led the Rams to nine straight top-10 finishes at the NAIA National Tournament. Cornett has also coached five players to individual wins at the national championships. In total, he has coached 51 All-Americans and 23 NAIA Scholar-Athletes.