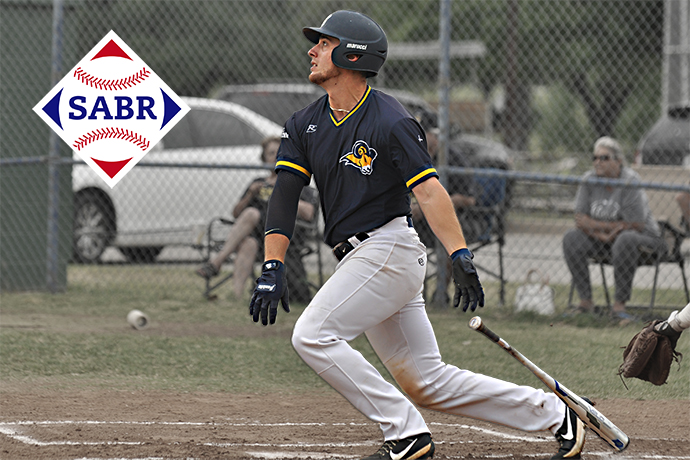 Menendez, a 6-2, senior outfielder from Austin, Texas, was the first Wesleyan standout in the school's 49-season baseball history to be named National Association of Intercollegiate Athletics Player of the Year as well as being NAIA first team All-America.

The young outfielder who starred for head coaches Mike Jeffcoat and Bobby Garza led NAIA with 26 home runs while batting .466 (third nationally) for the Rams with a NAIA-topping .995 slugging percentage – all three statistics established school season records for Wesleyan.

He also nailed down school records with 89 hits and 190 total bases (also topping NAIA individual stats for '18) and drove in 84 runs (tied for second in NAIA) - seven off the school RBI record of 91. The Austin resident had a school-best 21-game hitting streak.

Menendez established Wesleyan career marks with a two-season career batting average of .437 and .836 slugging percentage. He assisted the Rams in making the finals or semifinal rounds of the SAC tourney in back-to-back years and a composite record of 83-31 in 2017 and '18. He finished with 10 stolen bases in 14 attempts as a senior.

The Los Angeles Angels signee hit safely in 46 of the 51 games he played in 2018 and is the 42nd Wesleyan baseball stalwart to sign or be drafted by MLB since 2002.

Both awards laurels celebrate the memories of the late SABR Metroplex chapter original president Green, who was a legend in Texas professional and college baseball circles for over six decades and also served in several elected capacities in Tarrant County; and former Fort Worth Cats standout and longtime SABR member Beringer, who pitched in professional baseball for 14 years, was the 1959 Texas League Player of the Year with the Fort Worth Cats and served as the bullpen coach for the Los Angeles Dodgers (1961-72) and Philadelphia Phillies (1973-78).

Interestingly, both Granberg and Menendez starred as Cisco (Texas) College before transferring to their respective Metroplex universities.