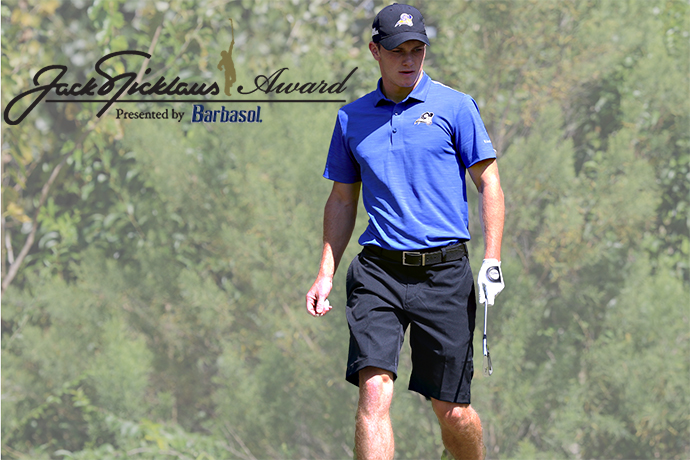 NORMAN, Okla. – The 24 honorees for the 2018 All-Nicklaus Team presented by Barbasol have been announced by the Golf Coaches Association of America (GCAA). Players from Divisions I, II, III, NAIA and NJCAA were recognized for their outstanding play during the 2017-18 collegiate season. Rowan Lester, a sophomore from Dublin, Northern Ireland found his name on the list for the second time in as many years.

Lester, who finished tied for third at the national tournament, also earned his second straight NAIA First Team All-America accolade to go along with another PING NAIA All-America award.

The Rams recorded one of the best seasons in the illustrious history of the program in 2017-18. They started the year with a perfect semester (taking the team and individual wins in all four tournaments they played in the fall).  They won their first tournament of the spring to make it five in a row and finished with six team wins and five individual victories in ten tournaments.

The Rams placed third at the NAIA National Championships for the second consecutive year, making their 57th appearance at the 67th annual tournament.

The All-Nicklaus Team was created in 2008, and is not only named for history’s greatest player but also a long-time supporter of collegiate and amateur golf. Jack Nicklaus, a Big Ten and NCAA Champion at The Ohio State University, helped inspire and create the Jack Nicklaus Award in 1988 and it is now presented to the National Player of the year in NCAA Divisions I, II and III, as well as NAIA and NJCAA. Award recipients have combined for over 200 victories worldwide and claimed 23 major championships.

Barbasol is America’s #1 brand of shaving cream. For nearly 100 years, generations of men have trusted Barbasol for a close, comfortable shave. Barbasol is now proud to offer a comprehensive assortment of premium razors. Barbasol Shaving Cream and Razors are available at retailers nationwide. Barbasol is owned by Dublin, Ohio-based Perio Inc. For more information on Barbasol, visit www.Barbasol.com.