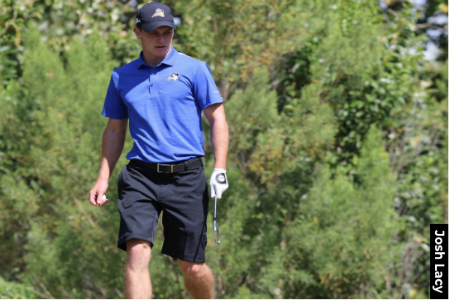 A sophomore from Dublin, Ireland, Lester notched his third individual win of the season while powering the Rams to their sixth victory of the season. The Rams took the win amongst 14 teams at the NCAA Division II Dallas Baptist Patriot Invitational at Hackberry Creek.

This was the fourth career victory for Lester who is the NAIA's defending Individual National Champion.

The Rams have completed their regular season slate with six wins in eight tournaments. They will return to action at the Sooner Athletic Conference Championships April 23-24 at Lincoln Park in Oklahoma City. The SAC currently features three of the NAIA's top-10 teams in No. 1 Oklahoma City, No. 2 Texas Wesleyan and No. 7 Wayland Baptist.