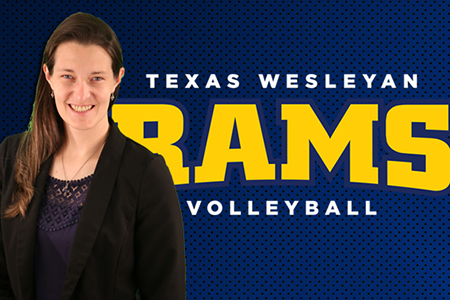 Morgan becomes the seventh head coach in program history, dating back to its inaugural season in 1978.

"I am very excited about Coach Morgan becoming a part of our team," Trachier, said. "She has a wealth of coaching experience and has demonstrated the ability to improve programs. We have a great squad returning next year, and I am certain the team will challenge for a conference championship under her direction."

Morgan comes to Texas Wesleyan from the University of the Southwest. In just two seasons, she took the Mustangs from a 10-win season to the best record in program history at 24-9 last season. Under her guidance in 2016, USW advanced to the Red River Athletic Conference (RRAC) championship match while featuring eight all-conference selections. Overall, she holds a record of 34-29 as a collegiate head coach.

At USW Morgan also served as Student-Athlete Academic Support Liaison and guided the entire department to a 3.2 cumulative GPA, which won the RRAC GPA Championship in 2015-16.

"I'm really excited about taking the reins of the Rams volleyball program," Morgan commented. "I'm very thankful to Steve Trachier for giving me this opportunity. My goal is to continue the program's success and build that into a Sooner Athletic Conference Championship and a national ranking. My husband, Ryan, and I are excited about making this move and making Fort Worth our home."