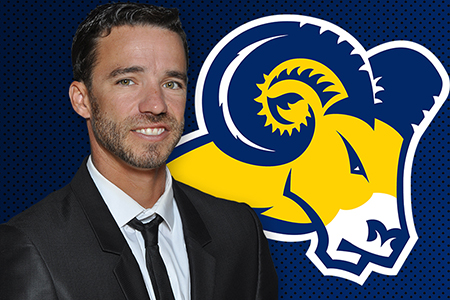 Texas Wesleyan University Associate Athletic Director Ricky Dotson announced today the promotion of Cole Sweetser to Head Men’s Soccer Coach.  Sweetser, who has served as an assistant coach for two seasons at Texas Wesleyan, will lead the Rams in the upcoming 2017 season.

Sweetser joined Tyler Powell’s coaching staff prior to the 2015 season, and was in line to serve as an assistant coach again this season before Powell’s departure to pursue an opportunity with FC Dallas.

“We are extremely happy to have Cole as our new men’s soccer coach,” Dotson said.  “Throughout the interview process, he proved to be an extremely organized, knowledgeable, and competitive coach, and I have confidence he will lead our men’s soccer program to new heights.  He grew up in the area and has a background filled with success at the collegiate and club level.  His ties to the area will undoubtedly impact recruiting, and his enthusiasm will resonate through his entire program.  He is a great fit for our University.”

Sweetser was excited for the opportunity to coach in North Texas.  “I am excited to take the next step in my career, and to continue to build on what Tyler and Rick [Lopez] have started here at Texas Wesleyan.  It’s a great opportunity for me to coach a quality program in my hometown.  We as a staff will continue to push and prepare the boys for postseason play year after year.  We will strive to be a program that is consistently competing for championships.”

Sweetser began his coaching career in Durango, CO, where he was named Coach of the Year as a Club coach in 2012 and 2013.  He was also named Colorado Developmental Coach of the Year in 2013 by Colorado Youth Soccer.  In Durango, he served as Assistant Director of Coaching and was a volunteer assistant at his alma mater, Fort Lewis College.  Sweetser later served as an Assistant Coach for Colorado Mesa University and Technical Director for Western Slope Premier in Grand Junction, CO.  While at CMU, he helped the Mavericks to their first ever conference championship and an NCAA Division II final four appearance.

A Texas native, Sweetser had an outstanding collegiate playing career at Fort Lewis under the direction of Head Coach Jeremy Gunn, who has since led Stanford to back-to-back NCAA Division I National Championships (2015, 2016), making him one of only four coaches to win national titles at both the NCAA Division I and II levels.

Sweetser helped lead Fort Lewis to its first ever NCAA Division II National Championship (2005) with a record of 22-0-1.  He was named 1st-team All-American that season, and at the time of his graduation, he ranked second in both school and conference history in career points (136) and goals (58).  Sweetser is a member of the Rocky Mountain Athletic Conference Men’s Soccer All-Century Team as well as the Fort Lewis College All-Sport All-Century Team.

The Rams are scheduled to start the season with a pair of road games at Wiley College and Texas A&M Texarkana on August 27 and 29.  Their home opener is scheduled for 7:00 p.m. on Friday, September 1, when they host Jarvis Christian College.