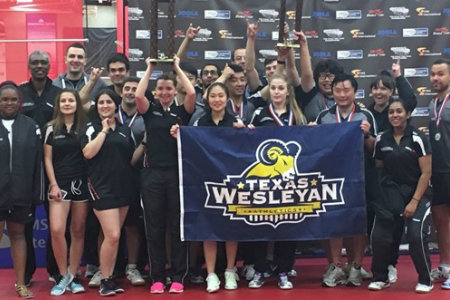 Texas Wesleyan has now won the Coed Team National Championship 12 times in the last 13 years. The Lady Rams claimed their sixth championship. Winning the titles in men's and women's doubles pushed the program's total to 60 championships since beginning in 2002.

Last year, Mississippi College survived a championship point before beating the Rams and ending their streak of 11 consecutive Coed National Championships. This year, the Rams rolled through matches against Toronto and Ohlone College on their way to a rematch with the Choctaws.

The women's team won against Harvard and NYU to reach the final. The Lady Rams rolled out Anastasia Rybka and Edina Haracic, who won the women's doubles title on Friday, March 25.