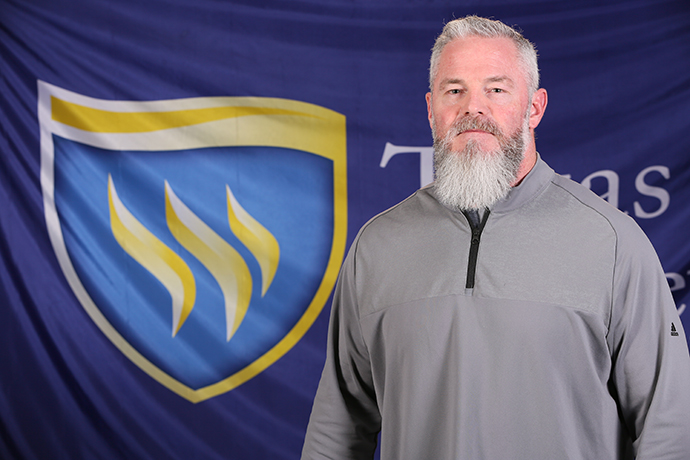 Texas Wesleyan University Athletics is pleased to announce Ray Bedford, wrestling coaching veteran at the state, national and international level, has joined its list of elite coaches as head coach of wrestling. Bedford is charged with building the Rams new men’s and women’s varsity wrestling teams, which are set to compete in the NAIA Sooner Athletic Conference beginning in the fall of 2019. Recruitment is already underway.

Bedford comes to Texas Wesleyan with extensive experience in coaching, mentoring and leading both men’s and women’s wrestling programs. He is the founder of Spartan Mat Club, one of the largest elite high school clubs in Texas specializing in preparing high school athletes for national and international wrestling programs. Since Spartan’s founding in 2016, Bedford has helped place more than 90 wrestlers in the state tournament with 12 champions and 44 placing, and more than 25 wrestlers in college programs throughout the U.S.

During this time, he has also served as coach with the Texas Men's and Women's Cadet and Junior National Dual Teams, Fargo National Championship Teams and has been asked to be an assistant coach on the Cadet Pan Am Team for 2019.

Bedford is the current head coach of the wrestling team at Plano Senior High School. While he begins his role at Texas Wesleyan, he will continue coaching at PSHS through the end of the academic year.

“Ray’s wealth of knowledge, passion and broad span of experiences in amateur wrestling made him stand out from all other candidates for this position,” Ricky Dotson, athletic director, said. “Texas Wesleyan has a strong tradition of athletics excellence and I’m confident Ray will help us a build a wrestling program that continues that tradition – both inside the classroom and on the mat.”

Texas Wesleyan is the first to bring collegiate scholarship wrestling to the DFW metroplex, becoming the second such program in the entire state on any level to offer scholarships. This will provide the student-athletes competing in wrestling at more than 110 DFW public schools the chance to stay close to home with the sport they love to play.

“Texas Wesleyan athletics continues to grow every day, thanks to recent successes across several of our sports,” said Ricky Dotson, athletic director, in a statement last fall. “With Texas having the fastest growing participation in high school wrestling of any state in the country, adding men’s and women’s teams to our diverse offering is a perfect next step.”

Interested in being a part of Texas Wesleyan Wrestling? Send us your information.