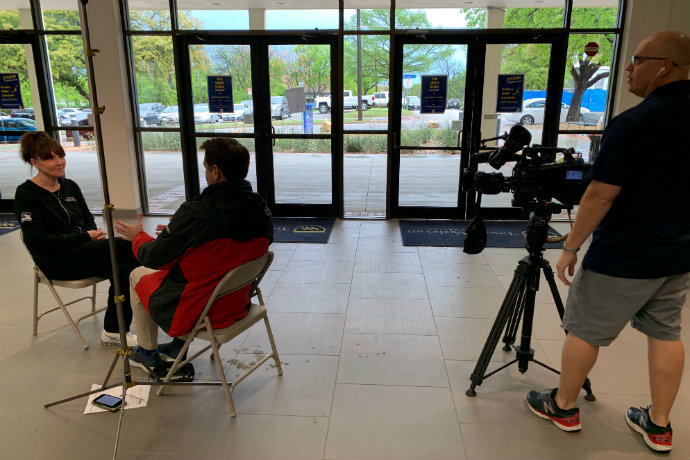 Just before Texas Wesleyan’s table tennis team heads to nationals, KXAS/NBC 5 stopped by to see the team in action during an all-day tournament and scrimmage at the Sid Richardson Gym on Sat., April 6.

Featured in the story was junior Tina Huynh, who came to Texas Wesleyan from Vietnam after discovering the school while searching for table tennis scholarships.

"I feel so proud to be a part of this history and to have my name on the roster of such an accomplished team," Huynh said.

Texas Wesleyan table tennis has won 69 national championships, including 13 co-ed team championships, since the program started in 2002. NBC 5 compared its success to the dominance of recent sports dynasties, like the NBA’s Golden State Warriors and the NFL’s New England Patriots.

They hope to add to that total at the iSET College Table Tennis National Championships in Greensboro, North Carolina April 12-14.