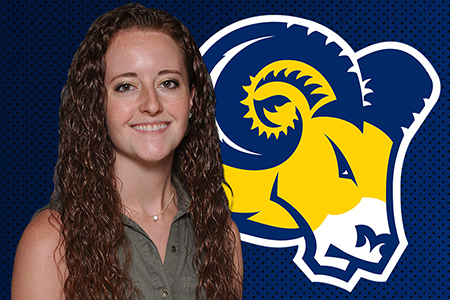 Head coach Priscilla Morgan has announced Kristina Gafford as assistant coach of the Texas Wesleyan University Volleyball Program. Gafford steps into the role after working the 2016 season as a student assistant.

Gafford played two seasons for the Lady Rams as one of the school's most prolific setters. She ranks fifth all-time in program history with 1,785 assists and fourth all-time with 61 assists in a single match in a win against Mid-America Christian University in 2015. Her senior season she ranked 27th in the nation with 1,287 total assists and 28th in assists per game at 9.900. She capped the season by being named to the NAIA All-Region team and was also named SAC Setter of the Year, First Team All-SAC, Texas Wesleyan Coach's Award, and was a three-time SAC Setter of the Week. Gafford also was named to the SAC Commissioner's Honor Roll twice and Dean's List for the fall 2016 semester.

Gafford earned a Bachelor of Science in Business Management from Texas Wesleyan and currently resides in Fort Worth.