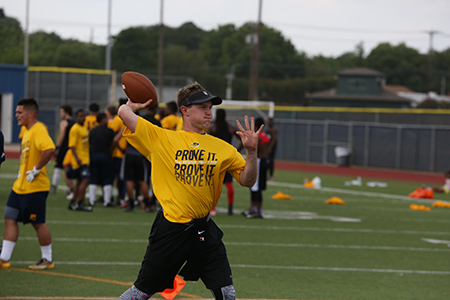 Are you ready to cheer on the Rams? Your first chance to show support for the new Texas Wesleyan football team has arrived.

Coach Prud’homme has announced that “spectators are welcome” to the first practice, which will feature more than 100 football student-athletes from across the country.

Texas Wesleyan University announced in February 2016 that it will reestablish the University's football program with a red-shirt leadership class that will begin practicing during the 2016-17 season. Games are scheduled to begin in the 2017-18 season.

The team will play in the NAIA's Central States Football League, which is composed of teams from four NAIA conferences.

The university is also exploring the possibility of developing a new stadium adjacent to campus through a collaborative partnership.