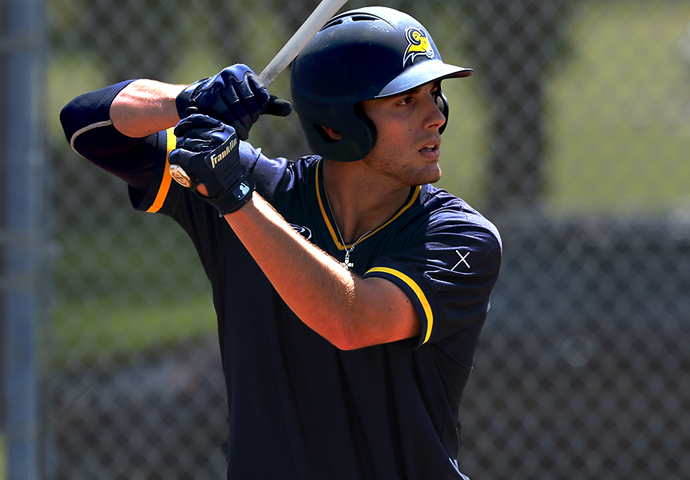 The National Association of Intercollegiate Athletics has announced the 2018 Baseball All-America teams as selected by the NAIA-Baseball Coaches' Association All-America Committee. Kiki Menendez was named Player of the Year, the first player to do so in the program's 49 seasons of competition.

Menendez, a senior outfielder from Austin, TX, had the single most prolific offensive season in Texas Wesleyan history.

He led the nation with a school record 26 home runs and has combined that power with incredible consistency. In addition to the home run record, his .466 batting average (3rd NAIA) and his .995 slugging percentage (1st NAIA) both crush the previous school records of .444 and .856.

The exercise science major also holds school records with a streak of 30 consecutive games reaching base safely, 5 hits in a game, and 3 home runs in a SAC Tournament game.

What makes this even more impressive is the fact that Menendez has done this in just 191 at bats, which ranks 179th in the nation.

The first and second teams are also recognized as ABCA/Rawlings All-Americans by the American Baseball Coaches Association and Rawlings Sporting Goods. The ABCA began recognizing All-Americans in 1949 and named the first ABCA NAIA All-America team in 1969.