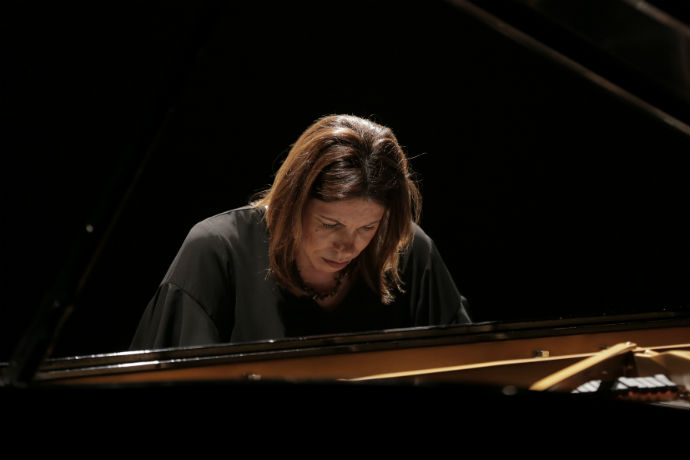 Ilka Araújo, associate professor of musicology in the School of Arts and Letters, spent the summer wowing audiences in her home country of Brazil. Araújo played in Campinas, near São Paulo. But then, she was asked to take the stage again.

“After hearing that I was going to be in Brazil this summer, organizers from the series ‘Recitais de Piano’ in Fortaleza, decided to invite me to perform over there as well,” said Araújo. “I had already performed several times in Fortaleza but not in this new series.”

“Recitais de Piano” is sponsored by a Brazilian foundation that promotes arts, and holds a recital once a month. Araújo’s was so popular that it sold out, and was even delayed 30 minutes because the line of people buying tickets was so long.

In between performances, Araújo also returned to her alma mater, the State University of Cearà to teach a masterclass, something she has done in person, as well as with students over Skype, Facebook and over the phone. Now she’s back at Texas Wesleyan, ready to inspire another generation of artists.

“After that recital in Fortaleza, in which I also used words and historical descriptions to situate music in time and space, I realized that despite my love for performance, sometimes music alone cannot speak, and as educators it is our mission to use those sounds to illustrate a situation or project ideas from the minds of composers.”

“I came back to Texas recharged with the desire to share more and teach my students the importance of contributing to the cultural growth of a community through this knowledge and, at the same time, make music close to one and part of one's life and development.”