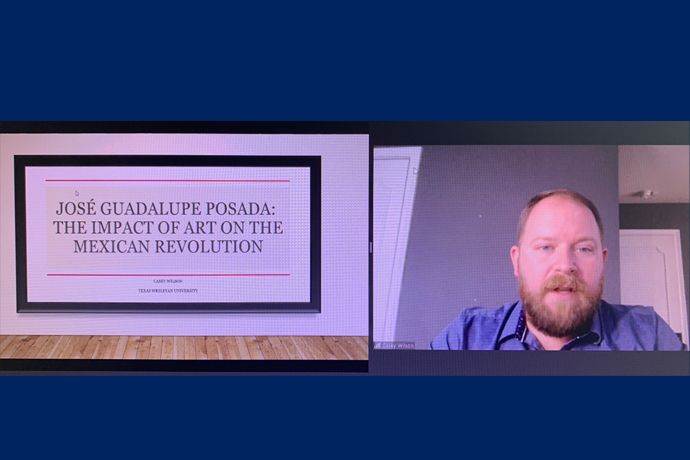 Casey Wilson, a Senior History/Spanish Major at Texas Wesleyan University, presented his research on artist José Guadalupe Posada titled José Guadalupe Posada: The Impact of Art on the Mexican Revolution. Posada is well known as a famous iconographer and printmaker, as well as an influence on some of Mexico's most famous artists, such as Diego Rivera and Manuel Orozco. However, his political satire and ability to speak to the Mexican people was much more than ink on paper. Posada was an integral part of the Mexican Revolution through his broadsides, corridos, and calaveras. In his presentation given over Zoom and hosted by Jon Fremling of the Amon Carter Museum, where Wilson did his research, Wilson explored how Posada's work spoke to the Mexican people and how it ultimately became a catalyst for a new form of government for Mexico.