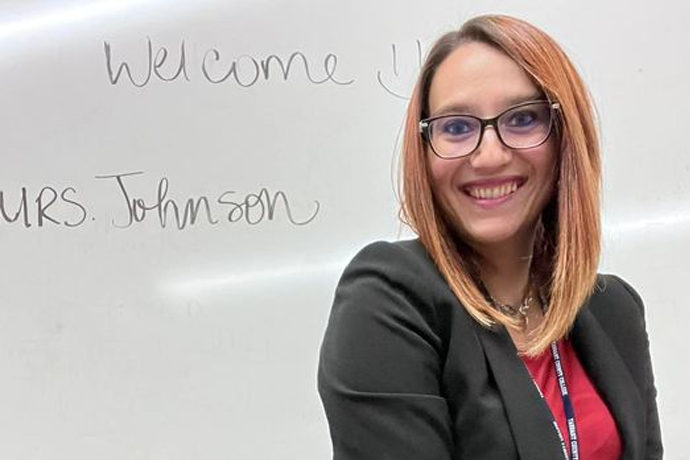 The Spanish Department wishes to congratulate alumna Monja Dragović Johnson '12 for landing a job as a Professor of English as a Second Language at Tarrant County College's Opportunity Center. During her time at TXWES, Monja was a fixture on the Dean's List, and a two-time recipient of the Premio Excelencia award for Spanish — which is awarded to a senior-level Spanish major who has excelled in all the upper-level Spanish classes they have taken.

As an immigrant who moved to the U.S. from Bosnia at the age of ten, Monja "viewed the United States as a land of opportunity that [she] could not wait to take advantage of. These opportunities included an education, employment and a chance at a fruitful and successful life."

Through vision and hard work, Monja seized those educational and employment opportunities and is looking to give back by becoming an educator to current ESL learners with dreams and aspirations of their own. We are so proud of Monja and we wish her much success on her path!