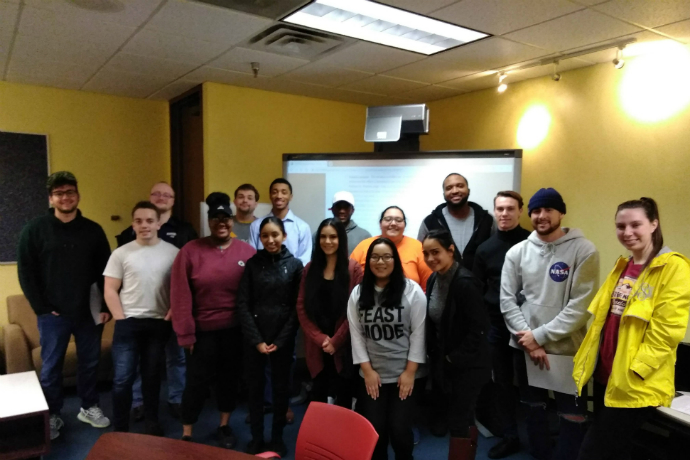 Texas Wesleyan Enactus team hosted a Boot Camp. It was a training event for current members and an introduction for new students on Feb. 10.

Jacob Chesney, Enactus vice president of projects, loved the idea and believes it was very beneficial in letting students know what Enactus is about.

“It was an excellent idea! As far as I know, nothing like this has ever been done for teams in the past,” Chesney said.

Enactus was pleased with the outcome of the event as students left excited to tackle community issues. Even more, current members were able to bond through competitive activities while learning the history of Enactus. Many students had positive feedback from the event like sophomore finance major JaKyron Joseph.

“It was very interactive and an optimal experience for networking,” Joseph said.

The event was planned by the President of Enactus Kelsey Fulton, based on areas the team believed they could improve on.‌

“When I took over last semester, we identified that the team needed better communication skills, more training, and more team building opportunities,” Fulton said. “Thus, I was inspired to create our Boot Camp to give them all the tools to be successful.”

Fulton emphasized Enactus taking an approach to increase their presence as they work to incorporate more on-campus events.

Both Chesney and Fulton agreed that if students want the opportunity to make a good impact connecting with the community, they should join the Enactus team.

Though the team is very young compared to the other teams in the area, they continue to learn every day.