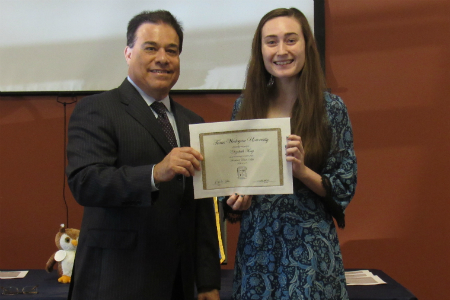 On Thursday, April 12, over 150 SOBA Dean's List recipients and 13 Beta Gamma Sigma inductees were honored for their academic excellence.

In order for students to be awarded Dean’s List, they need to have earned a GPA of 3.5 or higher and be enrolled in at least 12 credit hours during the spring 2017 semester. Beta Gamma Sigma inductees are required to be at least a second-semester sophomore and be in the top 10% of their class. 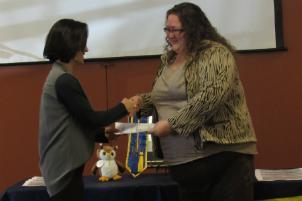 "Be relentless," he said. "Set goals, surround yourself with like-minded people, and find a mentor. You have to Know what you want and go after it." 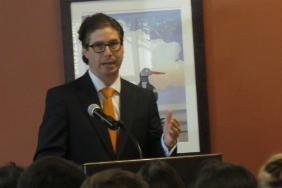 ‌These high-achieving students were recognized by faculty members, Dean Hector Quintanilla and Associate Dean Sameer Vaidya at the ceremony followed by a reception for family and friends.