Wesleyan student makes an impression at the Enactus Summit 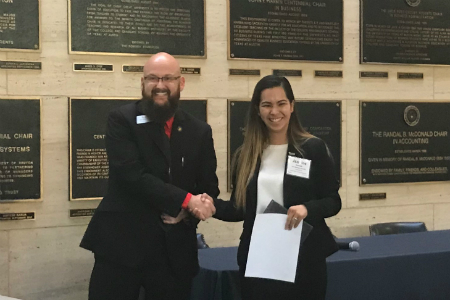 During the first day, the team summit portion, the students learned how to make their team a success while interacting with other teams in the area. The team summit prepared the teams with the tools to create a corporate-level presentation for the Enactus regional competition.

The second day, the career summit portion, gave students the unique opportunity to have direct access to Fortune 500 employers through the career fair. Students had their resumes reviewed by professionals and the opportunity to expand their network with recruiters and fellow students.

One of the students who appreciated this opportunity was Jazmine Ahumada, a senior general business and management double major.

During the career summit, she spoke to several companies, including Bimbo and Wal-Mart.

Both Bimbo and Wal-Mart representatives were very impressed by Ahumada’s confidence.

Shortly after the Enactus Summit, Ahumada was contacted by Wal-Mart representatives and was offered a full-time Operations Leadership role within their Wal-Mart Stores or Sam’s Clubs.

Ahumada is excited by the possible skills she may obtain from this opportunity.

“I know that any job will provide me with a set of skills that I need and that I can apply somewhere else,” Ahumada said, “not necessarily that same industry.”

Ahumada’s self-assurance made her stand out to the Fortune 500 companies she spoke to, but also to the Vice President of Enactus.

During the award ceremony, Ahumada was awarded by the Vice President of Enactus with the Impressive First Impression Award.

Ahumada was shocked to receive the award.

“With a little over 100 students at the career summit,” Aumada said, “Never in my mind would I have thought I was going to stand out among so many students.” 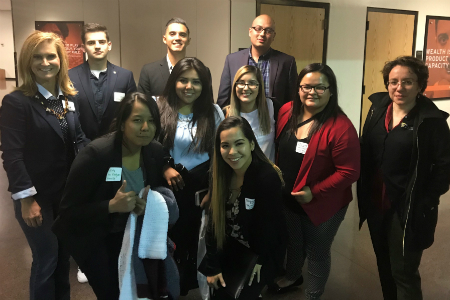