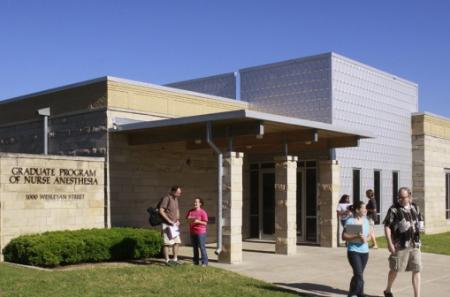 At the end of the 2011 summer term, the Texas Wesleyan Doctorate of Nurse Anesthesia Practice (DNAP) program graduated its first class.

Initialed in 2008, the class of 16 graduates completed all the requirements for the 32-hour DNAP degree. The 100-percent online Texas Wesleyan DNAP program serves students throughout the United States as well as military CNRAs stationed in Europe and the Middle East.

Randall W. Klotz, a DNAP student, published the following article examining the effect on syringe size on the delivered propofol dose when using a common infusion device, and the findings have important implications for all anesthesia providers. Klotz RW. Syringe size effect on delivered versus calculated dosages of propofol: A bench experiment using the Baxter InfusOR syringe pump.

Over the past few years, Paul N. Austin, Ph.D., CRNA, an associate professor in the DNAP program, has been collaborating with scientists from Crew Health Research, Wyle Integrated Science and Engineering Group in Houston. Wyle works with NASA, including supporting the International Space Station.