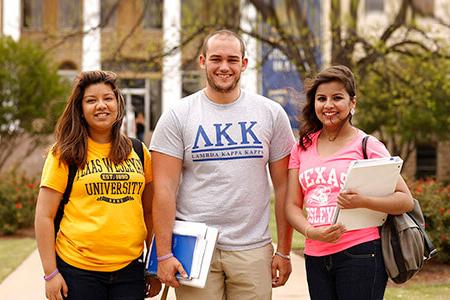 Texas Wesleyan University ranked second in Texas and 15th nationally in a study by LendEDU among 1,161 other four-year, private colleges and universities of students who graduated with the least amount of debt, averaging $12,360 per student.

On average, Texas Wesleyan ran almost $7,000 lower than the University of Incarnate Word who ranked third in the state and was behind Paul Quinn College who was first in the state with an average debt per graduate of $6,000 per student.

“We pride ourselves in being an affordable, private higher education institute,” Djuana Young, associate vice president of enrollment, said. “We offer a variety of athletic and academic scholarships, veteran benefits and work study programs to give students financial support.”

A few of the many institutional scholarships offered to Texas Wesleyan students include the President’s scholarship, the Dean’s scholarship, and the Smaller Smarter Promise scholarship which covers 100 percent of tuition, excluding fees, for transfer students who meet all requirements.

LendEDU’s Student Loan Debt by School by State Report was created using the newest Peterson’s financial aid data. Peterson’s released the new data for the Class of 2016 at the start of August 2017. On a school level, the averages at graduation in 2016 ranged from a low of $3,809 per borrower to a high of $59,113 per borrower. 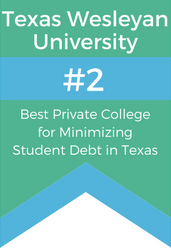