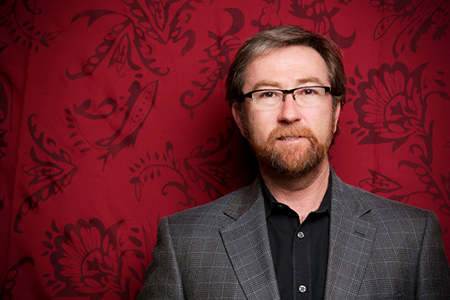 Jeffrey Yarbrough ’85 is an entrepreneur by nature. After graduating from Wesleyan he became a restaurateur, and then began working in the entertainment and hospitality industry. His first entertainment accomplishment was Dallas’ original four clubs-in-one complex, which went on to inspire like establishments across the nation. Yarbrough’s next venture was the launch of Liberty Noodles in Dallas in 1998. In 2004, he opened bigInk PR and Marketing, using his experience to help other restaurateurs and business owners reach success and in 2007 expanded the company to include commercial real estate services.

As a former president of the Texas Restaurant Association and International Foodservice Editorial Council, Yarbrough saw his share of food-driven holidays and had an idea to celebrate something that shines across the great state of Texas, chicken fried steak. After two years of fighting through red tape and excuses, Yarbrough found an advocate for the chicken fried steak holiday in State Rep. Ralph Sheffield and the dream began to take shape. In 2011, October 26 officially became Texas Chicken Fried Steak Day.

Jeffrey has definitely put his marketing degree from Wesleyan to good use. Here are a few facts and memories about his Texas Wesleyan experience:

Q: What was your most memorable experience at Wesleyan?
A: Small classes with professors and staff that knew me as a person. They could give personal attention to kids like me that were not the greatest student but wanted to learn.

Q: Who was your favorite professor?
A: My Spanish professor, he spoke the truth and always challenged me. He told me I may never learn the language unless I got a Spanish girlfriend. He took me under his wing and even allowed me to take a class one on one with him.

Q: How did Wesleyan help you advance in your career?
A: Wesleyan helped teach me how to work with different personalities, cultures, nationalities. It allowed me to fine tune my networking skills and turn those skills into job opportunities for lots of young people around me.