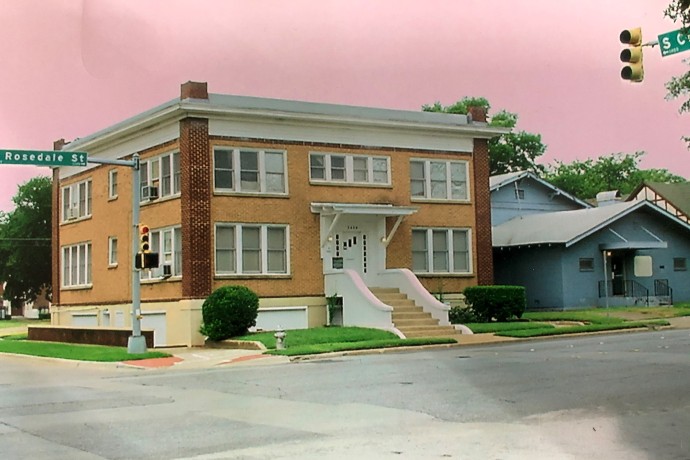 Texas Wesleyan is continuing to grow its footprint in East Fort Worth. With growth, comes change and one of those changes was the demolition of 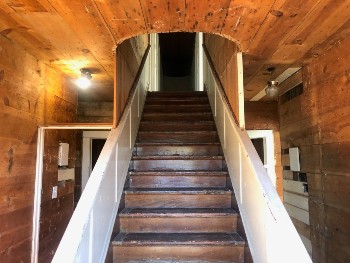 beloved Wade Hall on E. Rosedale Street in January 2021. On the lot where Wade Hall stood, will be a new on-campus student housing community, The Rosedale. It will feature one- and two-bedroom apartments with private, secured parking and plenty of amenities designed for the modern student.

Wade Hall was such special part of the Texas Wesleyan campus, and we celebrate its history as we move on to this new chapter for the University.

The History of Wade Hall

Wade Hall was an apartment building constructed in 1920. It included both large and efficiency apartments. The building was purchased by the college in 1938 upon the recommendation of Dr. Law Sone, president of the college, and Dr. Theodore Moberg, endowment secretary, because growth in the student body necessitated the conversion of Dan Waggoner Hall, which was then only occupied by faculty, into a dormitory for girls. The first occupants of the building were Dr. Walter R. Glick, dean of the college, Paul Crouch, registrar, and Mr. H. Howard Hughes, instructor in English. Other prominent faculty members who called Wade Hall home 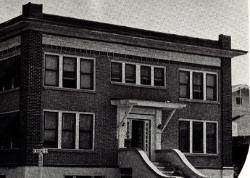 at various times over the following years included Dr. Walter Lynn, professor of voice, 1942-1980, and Dr. Frank Norwood, professor of business administration and dean of the School of Business, 1960-2003, and Dr. Stephen Simons, professor of music and director of Wesleyan Singers, 1968 - 2008.

In the fall of 1941, Wade Hall became the home of the business administration department. In addition, that same semester, the college’s evening school classes, which began circa 1934 and had been newly expanded to include freshman and sophomore English classes and renamed the “National Emergency Program,” were also being held in this building.  The courses offered as part of the “National Emergency Program” included Latin American History, Stenography, Composition and Rhetoric, English Literature, the primary Aviation Course, the secondary aviation courses, Old Testament Bible, Adolescent Psychology, Business Law and a Business Administration Laboratory.  It is unclear if there were any faculty living in the building at this time. These academic uses appear to have been short-lived, as the college infirmary was moved into the ground floor of the building sometime in 1944 by Mrs. A. Stanfield, who served as school nurse, 1934-1947.

In the late 1970s or early 1980s, Wade Hall became a home for male students who had completed 60 or more credit hours and had a 3.0 GPA to relieve overcrowding in the dorms, but they sometimes had trouble finding enough students who met these requirements to live there, in part because the building was not in the best condition. During the 1982-1983 academic year, Wade Hall and Mulkey Hall, which was an apartment building for female students who had completed at least 60 credit hours and had a 3.0 GPA, were both full and Elizabeth Means Armstrong Hall, O.C. Armstrong Hall and Stella Russell hall were so overcrowded that there were 60 rooms with three occupants instead of only two. In the years after that, the number of students living on campus dropped significantly and Wade Hall was closed circa 1985. 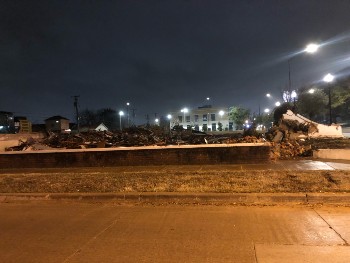 Those renovations were completed, and the apartments were made available to students once again by the summer of 1987. Wade Hall continued to be occupied by male students in the years that followed. By the mid-1990s, faculty and staff were again living in the building as well. Some of the faculty/staff tenants at this time included Vicki Nelms, who coached women’s basketball and resided in the hall, circa 1995 and Joel Garza, an English professor and Director of the Wesleyan Collegiate Institute, who resided there circa 1998. By 2002, over half of the students on the waiting list to acquire apartments in Wade Hall were single moms, so Texas Wesleyan began looking into building a new apartment-style dorm to meet this need. This dorm, known as West Village, was completed in 2005.

Wade Hall was demolished in January 2021 to make way for another apartment building for students.