Your Gifts at Work 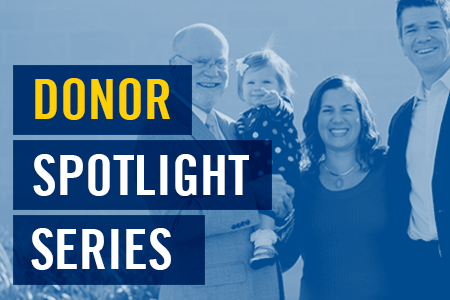 Michael Denis ’74 told his wife Kay that they needed to give back to Texas Wesleyan. She agreed and they have been supporting the University since he graduated.

Denis attended Poly High School and spent a year at UTA. He didn’t like the large classes at UTA and felt lost. His older sister had gone to Wesleyan and he thought it would be good for him. He majored in finance and had a lot of help along the way. Like every major, he had to take two classes with Dr. Frank Norwood, dean of the business school. Norwood taught him how to be prepared, be honest, be professional in appearance and diligent in his work. He encouraged him to succeed when he didn’t have a lot of support.

While in college, he worked at Harris Hospital and became interested in hospital administration. He was encouraged to apply at Trinity University if he wanted to work in Texas. During his interview process at Trinity, he was quite nervous that he wouldn’t be able to compete with other applicants. His interviewer looked at his application and said “we love Texas Wesleyan” and was accepted. Dennis graduated 3rd (unofficially he said) in his class of 49 with classmates from Harvard and Stanford. He retired three years ago after a 36-year career in hospital administration in North Texas.

When asked why he continues to support Texas Wesleyan and the Wesleyan Fund he said, “Wesleyan was a nurturing school that gave me the self-esteem that I lacked and taught me to be a critical thinker.” He’s pleased to know that the students of today, get the same support and attention that he did. Smaller.Smarter.