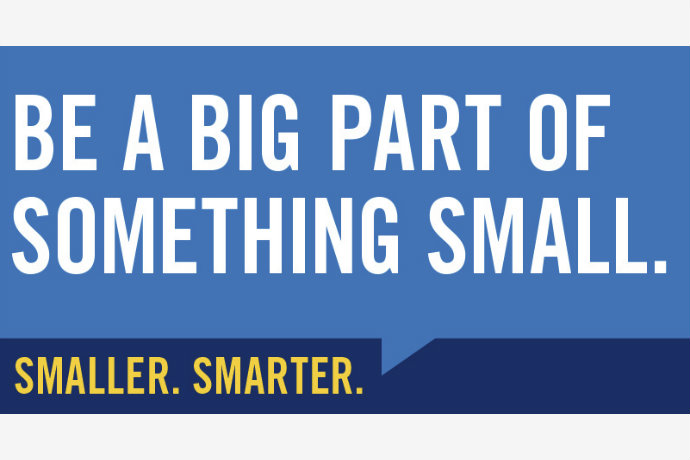 “Smaller. Smarter. was born out of conversations, focus groups and research with our students and faculty to identify what makes Texas Wesleyan so unique and our degrees so valuable – it is who we are,” Texas Wesleyan President Frederick Slabach said at the commercial reveal. “Smaller. Smarter. is also fun, clever and defines what sets us apart from other colleges and universities.”

The new commercials feature an attention-grabbing YouTube clip, followed by on-campus footage of real faculty and students (not actors).

“Students, parents and alumni are always commenting on our eye-catching billboards, saying the clever slogans are fun to read and hard to forget,” Slabach said.

This year’s new commercials and billboards were developed with input from Texas Wesleyan students themselves. They can already be seen on television, social media and billboards around North Texas.

Since 2012, Texas Wesleyan’s marketing campaign has won more than 100 awards and has played a central role in the University’s rising awareness and perception. The advertisements, which feature a funny lead clip followed by a punchline that plays off the value of a small school education, have become an ingrained part of the university’s institutional culture.