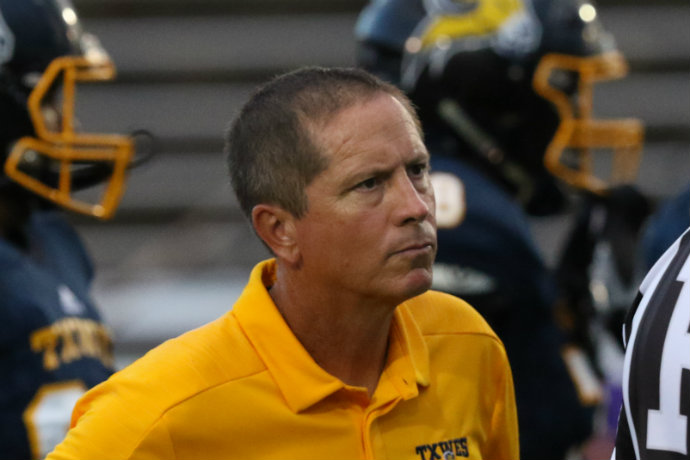 It didn’t take long for Texas Wesleyan football’s historic win to get local and national attention.

Along with coverage in the Fort Worth Star-Telegram, TXWES football Head Coach Joe Prud’homme appeared on Off Campus with Mark Packer on SiriusXM’s ESPNU Radio channel, where he said the win was a major turning point for the program.

“That was the first time in two years that it really felt like my team,” Prud’homme said. Everything that we’ve been working for, all the things that you’ve put into place, all the teaching, the preaching, the drill work, everything. And now you’re seeing them do it and function as one.”

Prud’homme says the win was truly a team effort.

“We had plays from everybody,” said Head Coach Joe Prud’homme. “The kids were on a different level. It just really came together in all three phases (of the game).”

He also compared his 2018 Rams to the team that restarted the program last season.

“We’re lightyears ahead of where we were last year,” Prud’homme said. “We have some true leaders that are emerging. That just makes a real big difference.”

Check out the ramsports.net story to listen to the full interview.