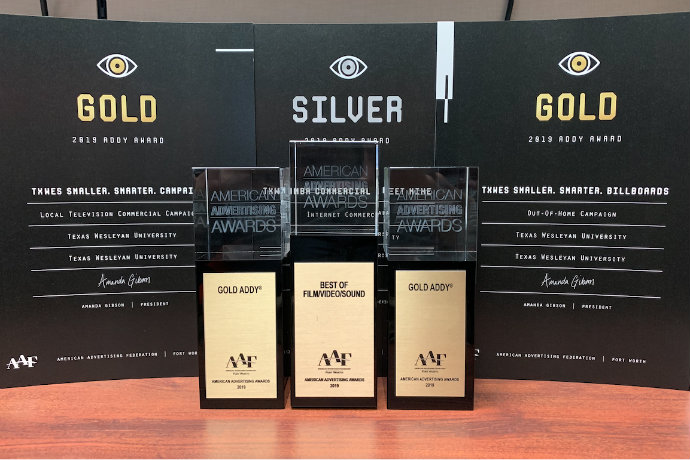 The AAF’s Fort Worth chapter honored TXWES with four Addy awards during its annual awards ceremony, held this year at the Masonic Temple in Fort Worth on Feb. 22.

The ceremony honored the best of the best in professional advertising and marketing in Fort Worth. DFW-area college students were also honored for their campaign creations.

“We’re unbelievably proud to have our work honored among the top professional agencies in Fort Worth,” John Veilleux, vice president of enrollment, marketing and communications, said. “Our ads continue to evolve and resonate with audiences. Congratulations to our team!”

Judges for the competition included:

Check out the full list of this year’s Addy winners.

See more on how we’re living “Smaller. Smarter.” at TXWES.edu/communications.