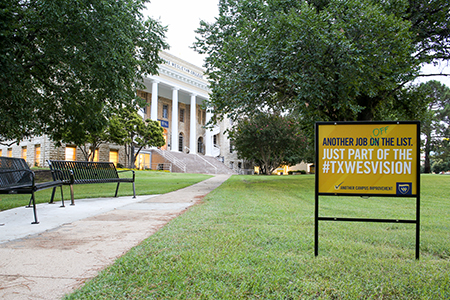 The Texas Wesleyan Board of Trustees voted in favor of a plan to invest $11 million in campus-wide capital improvements and new academic programming over the next four years.

Beginning in June, the University will spend $11 million, or $2.75 million each year for the next four years, on four main categories of improvements:

"Investing in our University is crucial to our success in recruiting, retaining and developing high-quality students and faculty," President Frederick G. Slabach said. "This funding makes it possible for us to make major improvements to our physical campus and academic programs — improvements that must be made for us stay competitive and reach our 2020 strategic goals."

The plan is funded by proceeds from the 2013 sale of the law school.