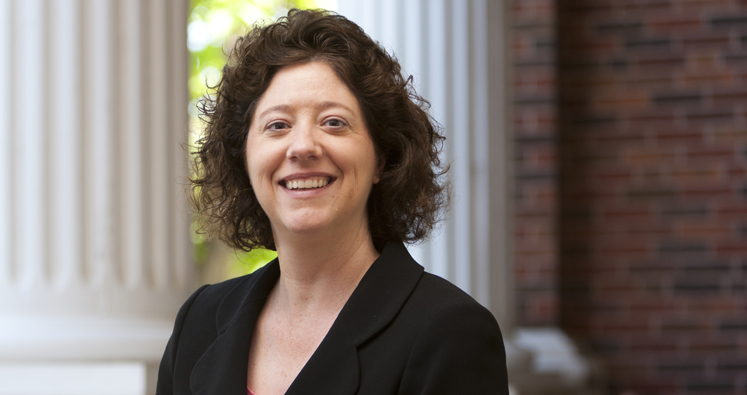 It’s a busy afternoon for Kay Colley, assistant professor of mass communications. She’s advising students on their course schedules for the fall semester, finishing up some work from the spring semester, and preparing to leave for two weeks on a trip to Miami.

But that trip to Miami isn’t a beach getaway. She’ll be studying how the Miami Herald, one of the largest newspapers in the U.S., is using social media to disseminate information.

Colley was one of only six members of the Association for Education in Journalism and Mass Communication selected for the 2012 Scripps Howard Foundation/AEJMC Social Media Externship Grant. The grant gives her the opportunity to spend two 35-hour weeks at the Herald, learning how they use social media in a real-world setting.

“I became interested in the idea that you can reach a large audience of people as an individual.” – Kay Colley

She’ll then compare that to what DFW newspapers like the Fort Worth Star-Telegram and the Dallas Morning News are doing, and bring her experiences to the Texas Wesleyan classroom to give students some real-life expertise on social media.

Later in the year, a media professional from the Herald will spend a week at Texas Wesleyan, interacting with professors and students.

Social media is a topic that Colley, who has worked in both news and public relations, finds endlessly fascinating. “It sparked my interest because it’s a new area,” Colley said. “I became interested in the idea that you can reach a large audience of people as an individual.”

Colley, who was named “2011 Teacher of the Year” by the Small Programs Interest Group of the Association for Education in Journalism and Mass Communication, said she grew up in a small town in Southeast Texas, where people were often very isolated when it came to news – she even remembers the party line telephone days.

My, oh, my, how the times have changed. “Now, you can look at Twitter and find out what’s going on in Egypt,” Colley said. “That hasn’t always been the case.”

Storify, a tool that allows the user to shape stories from across the Web into a “coherent narrative,” is especially interesting to Colley, who sees social media tools as an invaluable resource in teaching critical thinking and analytical reasoning skills to students.

Many students already know how to use the tools of social media, but they’re looking to learn how to create content for social media. It’s one thing to have a blog; it’s another to know what to write on it. Colley believes understanding content is a key component to mass communication education.

The heart of news is still information gathering, and that’s still based on one very important concept – relevance.

“If you don’t establish relevance, people aren’t going to read it,” Colley said.