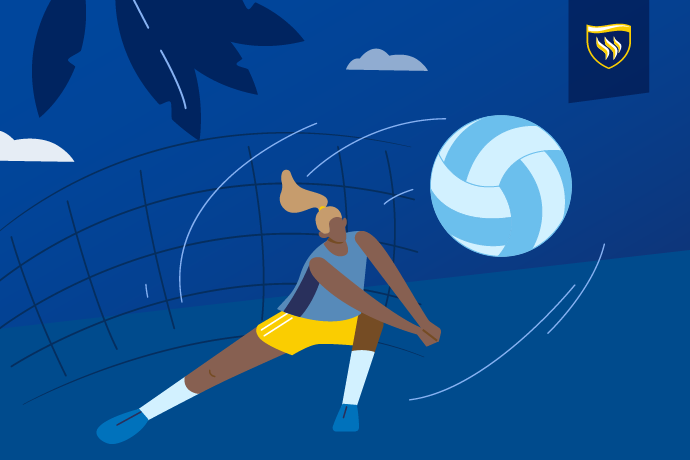 Texas Wesleyan University is excited to announce that it will be welcoming women’s beach volleyball to our athletic program offerings.

In 2019, beach volleyball was one of the fastest growing sports in the nation. 2022-2023 will mark its seventh year as a championship sport in the NCAA and will also be its startup year at Texas Wesleyan with the hiring of a coach.

Beach volleyball competes in weekend tournaments. Our competition? Ten NCAA division I and II schools in our area are already competing — Abilene Christian University, Texas Christian University, East Texas Baptist and University of Mary Hardin-Baylor to name a few. The NAIA has 28 teams currently competing in beach volleyball across the U.S., with most of the teams in California and Florida. The TXWES team will also schedule away tournaments to expand competition.

“This all started from interest from our students,” said Ricky Dotson, athletic director. “They expressed an interest in competing in beach volleyball and, after looking at its feasibility, we have the ability to make that happen. This will add 16-20 new opportunities for women student-athletes and that is directly in line with our goals for athletic programs at Texas Wesleyan.”

“Beach volleyball has grown exponentially across the country in the last several years,” said Jessica Ransom, head women’s volleyball coach. “Texas Wesleyan’s program will help lead the way for the sport in NAIA collegiate athletics in our area, and I’m thrilled that we will be a part of that.”

After initial consultations, the sand volleyball court on campus can be easily transitioned into a beach volleyball site. Bringing student athletic competition right next to student housing will add energy to our campus and the ability for all students to participate, whether that’s cheering on the team or competing.

The addition of women's beach volleyball is the next step in a new era of women's sports at Texas Wesleyan. This fall, the University will conduct a feasibility study for women's flag football, with the goal of beginning competition in 2023-2024. And in the foreseeable future, the University is also planning to look at the feasibility of women’s lacrosse.