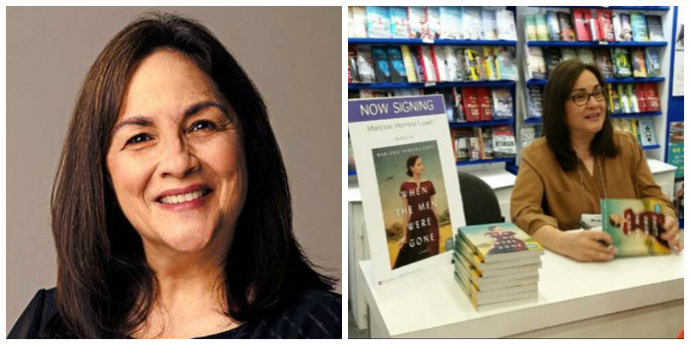 Marjorie Herrera Lewis will discuss and sign her new novel, When the Men Were Gone, at 12 p.m. Thursday, Oct. 4, in the Baker Building. Light refreshments will be served. Books will be on hand to purchase.

Marjorie’s passion for sports led her to a career of sports writing at the Fort Worth Star-Telegram and the Dallas Morning News. She covered the Dallas Cowboys, Texas Rangers, Dallas Mavericks, the Davis Cup among other high profile sporting events before devoting herself to teaching and writing.

Marjorie has had a long and friendly connection to Texas Wesleyan. When she worked at the Fort Worth Star-Telegram, she received a warm welcome here when the field was dominated by male sports writers. That memory stays with her and she has always supported Texas Wesleyan sports, even getting a job as assistant football coach when the team was formed in 2016. She sponsors the Marjorie Herrera Lewis Speaker Series to give students opportunities to enrich their education in mass communications.

In her debut historical novel, When the Men Were Gone, she tells the inspiring story of Tylene Wilson, a woman who goes against social norms to become the first woman high school football coach in Texas. It’s based on a true story of a high school teacher and principal in Brownwood during the dark days of World War II. Most men over 18 and under 45 joined the war effort and no one is left to coach the football team. The school board is on the verge of canceling the season and she worries about the seniors who ought to have their last year to play. Not only must she overcome her self-doubts, but she also has to battle pushback from the press, the community, rival coaches and referees, even the players themselves. A story about courage, football and one woman’s triumph over great odds.

Marjorie found this story in a most unexpected place: at the allergy doctor. She went in wearing a Tulsa University football t-shirt and the nurse said, “Oh, another woman who knows a lot about football.” Her aunt was the real Tylene Wilson.