'The College on the Hill' book signing is on April 23 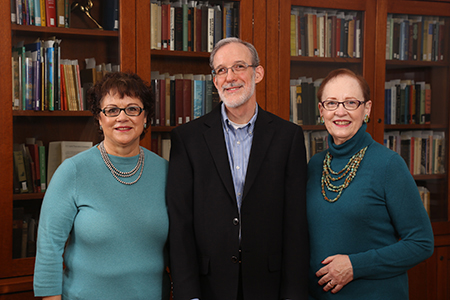 While you're celebrating alumni week on campus stop by West Library on Saturday, April 23 for the booking signing for The College on the Hill and to learn more about the history of Texas Wesleyan University.

Copies of the book will be available for purchase at the event. Come say hello to professors, have some refreshments and get your copy of the book signed. 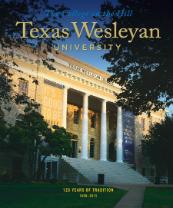 Professor Elizabeth Alexander, Ph.D., is the A.M. Pate Professor of Early American History at Texas Wesleyan University where she teaches courses in Colonial and Revolutionary American History, Early National United States History and the Civil War. She received her Ph.D. from Texas Christian University in 1998. Her book, Notorious Woman: The Celebrated Case of Myra Clark Gaines (LSU Press, 2001), won the 2002 David J. Langum Prize for Legal History/Biography and the Willie Lee Rose Prize for the Best Book in Southern History by a Woman, presented by the Southern Association for Women Historians.

Professor Brenda Matthews, Ph.D., is Pate Professor of History and Chair of the Social Science Department at Texas Wesleyan University. After receiving her Ph.D. from Texas Christian University in 1994, Dr. Matthews began teaching courses in Texas History, Women’s studies, Latin America and World War II. During the 1998-99 academic year, she was a Fulbright Professor in American Studies at the University of Stuttgart, Germany, where she taught courses on the American West and the New South. Her publications including chapters on New Deal Health, Texas Music, and a chapter in each of the books, Grace and Gumption: Stories of Fort Worth Women and Grace and Gumption: The Cookbook on the Sisters of Saint Mary of Namur at Our Lady of Victory.