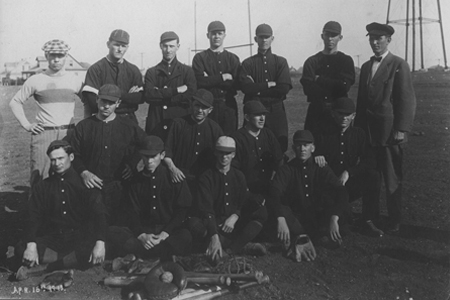 Starting with a look back at the Texas Wesleyan Rams baseball team circa 1913, we celebrate another great season. While the uniforms have changed, our baseball team’s success hasn’t.

Under Head Coach Mike Jeffcoat’s guidance, the Rams have appeared in the Red River Athletic Conference Championship game in five of the last seven seasons, winning the title in 2007 and 2010.

For the 2014 season, the Rams will be competing in the Sooner Athletic Conference and hope to continue their success.