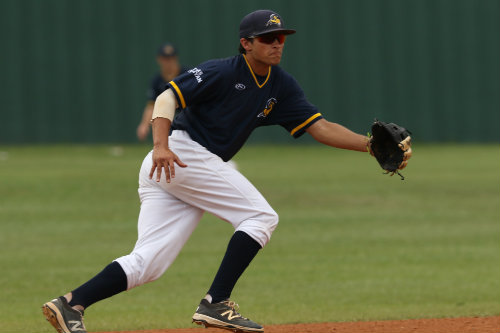 Texas Wesleyan’s 41 regular season victories are the program’s most since 1980 when the team posted a school-record 53 total victories, and the team’s third-highest total all-time.

The Rams will return to action in next weekend’s Sooner Athletic Conference Tournament in Oklahoma City. Texas Wesleyan will likely be the second seed in that tournament; however, they have not yet been eliminated from owning a share of the regular season title.  With a league mark of 19-5, they trail top-ranked Oklahoma City (18-3) by just a half-game in the standings. The Stars will play a three-game series with Southwestern Assemblies of God University Sunday and Monday.

The conference tournament will be played at Oklahoma City University beginning on Friday, May 5. As the second seed, the Rams will play the seventh seed. Southwestern Christian, Wayland Baptist, and Mid-America Christian are currently tied for that position.