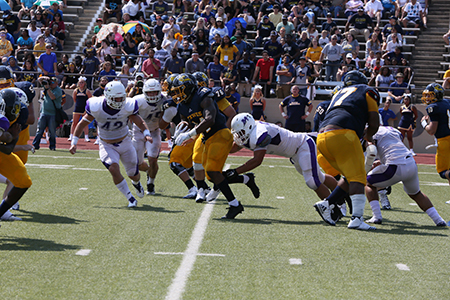 College football season may be over, but pigskin lovers across the nation are getting their football fix with the Fort Worth Star-Telegram's highly-anticipated season two of the award-winning series, Titletown, TX.

And Ram fans are even more excited because Titletown, TX Season 2, “Hail Mary,” follows the rebirth of Texas Wesleyan football after a 75-year hiatus.