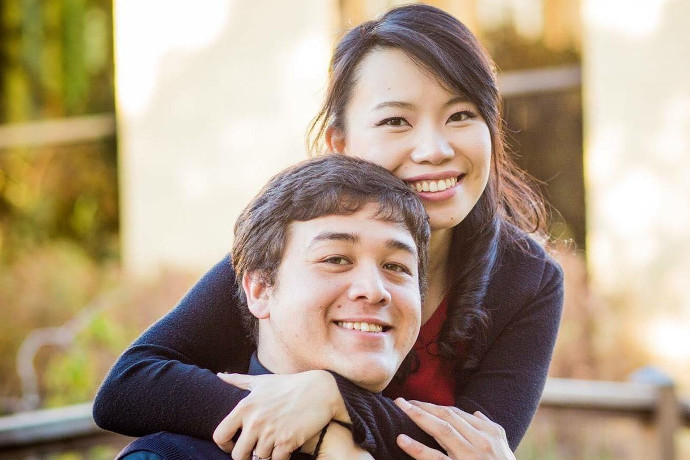 The Department of Music will welcome Mark & Keji Sanchez, a violin & piano duo, to perform in the annual Stephen Barr Memorial Concert, including music by Soler, Ravel, Schumann, and Strauss. The concert will be free and open to the public and will be performed on 7:30 p.m. Friday, Oct. 26 in Martin Hall. There is a reception to follow in Lou's Place.

Passionate for playing the violin as well as his love for music, Mark Sanchez is currently working on his masters in violin performance in church music, teaches for the Southwestern Music Academy, and conducts the Chamber Orchestra at Southwestern Baptist Theological Seminary. Mark also performs with the Brazos Chamber Orchestra as well as the Fort Worth Civic Orchestra. He and his wife, Keji Sanchez, reside in Fort Worth, performing frequently in the area. Mark plans to finish his continue his studies in the area while teaching and performing with his wife Keji.

Mark began his studies on the violin at the age of 12. Mark quickly developed a love for music and participated in UIL events at the state level as well as joined the Fort Worth Youth Orchestra. During his later high school years, Mark studied with Eugene Cherkasov of the Fort Worth Symphony Orchestra in preparation for his college auditions. With the generous help of Western Hills United Methodist Church, Mark was also able to attend the summer chamber music program at Interlochen in Michigan.

Mark attended Baylor University in 2007, studying violin with Dr. Eka Gogigashvili and Dr. Bruce Berg receiving his degree in Music Education in 2012. During this time he was contracted several times to perform with the Waco Symphony as well as the Temple Symphony Orchestras. In addition, Mark received a scholarship from the Aetheria Foundation from Willie Nelson to aid in the costs of education.After his time at Baylor, Mark attended the University of Houston, to begin his Masters in Violin Performance with Dr. Kirsten Yon. During his studies there, Mark was a music mentor for the Virtuosi of Houston Orchestra as well as taught privately in public schools. He also participated in the Texas Music Festival in 2016. Soon after, he transferred to Southwestern where he currently attends and teaches.

Keji Sanchez, a native of China, is pursuing Doctor of Music Arts in Piano Performance at Southwestern Baptist Theological Seminary in Fort Worth, Texas. She teaches at Southwestern Music Academy as a piano instructor and she has also taught elective piano lessons and music theory in the School of Church Music. She also holds Master of Music degrees in Music Theory and Piano Performance. At Mannes College, she served as graduate assistant theory coach in subjects of ear-training, dictation, theory, and Schenkerian analysis. She studied with Carl Schachter, Robert Cuckson, Hedi Siegel, Poundie Burstein, Noam Sivan, and David Loeb.

She actively participated in numerous solo and collaborative performances. As a soloist, she is the first-prize winner of numerous piano competitions in her homeland. She also serves as an active accompanist and collaborative pianist/ harpsichordist for the China Children’s Choir, the Chanters Choir, the New York International Music Competition, the Southwestern Singers, and the Southwestern Chapel Orchestra. She has toured with Southwestern Singers as the accompanist in Georgia, Mississippi, New Orleans, and Texas. In recent years, she also played with the Fort Worth Symphony Orchestra at Southwestern Seminary’s 13th annual Gala concert, which celebrates the school as distinction as ‘All-Steinway School’. She has served as a church pianist weekly from her youth until today.

Keji has participated in PianoTexas International Academy & Festival, where she performed in many solo and chamber concerts, and has studied with renowned artist and teachers such as John Owings, Piotr Paleczny, Igor Resnianski, Robert Roux, and Dina Yoffe. She has also taken master classes with Joseph Kalichstein and Harold Martina. She has collaborated and performed publicly with the Adkins Quartet and her violinist husband, Mark Sanchez. Her piano study has been under the teaching of Ding-Fan Wang, Marilyn Groves, Dr. Cristina Stanescu, Dr. Jill Sprenger (pedagogy), Dr. Robert Smith, Dr. Tanya Karyagina, and currently under Dr. Sunny Salls.