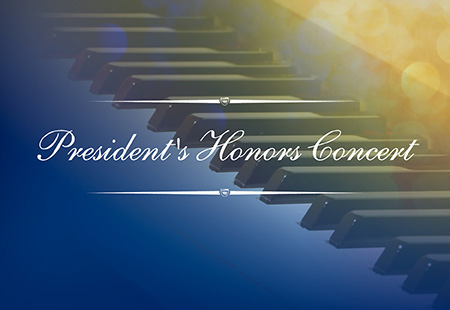 Texas Wesleyan University’s highest-achieving music students will share their vocal and instrumental talents during the President’s Honors Concert at 7:30 p.m. on Friday, April 8 in Martin Hall.

"To perform in the President’s Honors Concert is one of the highest honors our music students can achieve," Dr. Jerome Bierschenck, chair, music department, said.

The following vocal and instrumental students will be performing in this year’s concert:

The event is hosted by President Frederick G. Slabach and Melany Neilson, along with co-hosts Nancy and Tim Carter. Mr. Carter is a current member of the Texas Wesleyan Board of Trustees and is Regional President of Southside Bank. The Master of Ceremonies for the evening will be Stan Graner '81.

This concert is dedicated to the outstanding service, loyalty and memory of Dan Boulware '68.

The President's Honors Concert, established in 1996, is now in its 20th year. The event has migrated from its original venue in the Texas Boys Choir building, to the Scott Theatre in the old Modern Art Museum, to its current home in Martin Hall, where it has been since 2003. 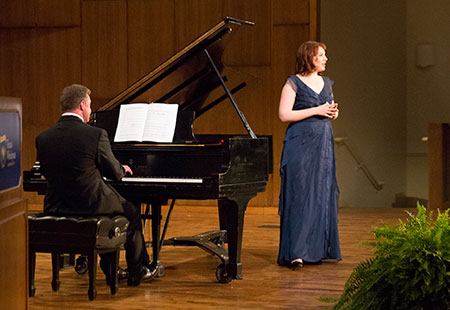 Admission is free and open to the public. Seating is on a first-come basis.

For more information about Wesleyan Music, visit our webpage.