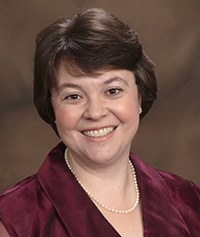 Join the Texas Wesleyan Music Department for the first official event of the 2014-15 year at 7:30 p.m. on Thursday, Sept. 25, in Nicholas Martin Hall on the Wesleyan campus.

Guest soprano and South African native Suré Eloff will present a concert of Music Since 1900: Songs by Barber, Berg and Schoenberg. Ms. Eloff will be accompanied at the piano by Wesleyan music professor John Fisher.

They will begin the program with Samuel Barber’s Hermit Songs, a cycle of ten songs for voice and piano written in 1953 on a grant from the Elizabeth Sprague Coolidge Foundation. The work is based on a collection of anonymous poems written by Irish monks and scholars from the 8th to the 13th centuries, translated to English.

Rounding out the program will be selections from Alban Berg’s Jugendlieder and Arnold Schoenberg’s Brettl-Lieder, early works of two of the three Second Viennese School composers.