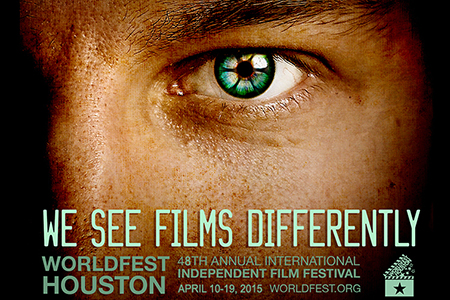 The silver Remi denotes a second-place finish in the competitive short documentary category.

WorldFest-Houston is the third-longest-running international film festival in North America and the oldest independent film festival in the world. More than 4,000 films were entered into the festival this year.

This latest honor represents the third film award for Hanshaw. His two prior short documentaries, The Ritual Life of India, filmed in Northern India, and The Embrace of a Loving God, filmed in Turkey, were each recognized with Remi awards in 2012 and 2013.

Multi award-winning producer/director, Hunter Todd, founded this special film festival to honor all categories of film and video production continuing his long dedication to "discovery," spotlighting emerging independent filmmakers who are to be "the Spielbergs and Ang Lees of tomorrow."

'A Day with the Tao'

Zhang and Hanshaw's documentary, filmed at a Taoist temple in Central China during the summer of 2014, seeks to give viewers privileged access into the lives of masters in the religious tradition and rituals that serve the Taoist community. Taoism, which is one of the most important indigenous religious systems in China, dates back to at least the 6th century B.C.E., and likely much earlier. The system has had a profound impact upon the shape of societies across Asia.

The film seeks to preserve specific ritual traditions associated with Taoism and provide insight concerning these historic ceremonial rites to North American audiences. The film also includes commentary by a high master in the Taoist tradition, related to the ritual practice.

Next project for Zhang and Hanshaw

Zhang and Hanshaw are currently working on another collaborative project in China, which will focus upon the varied indigenous expressions of religion in the country. They hope to have the project completed in 2016. 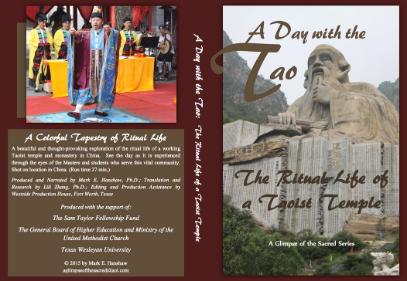 'A Day with the Tao' DVD artwork