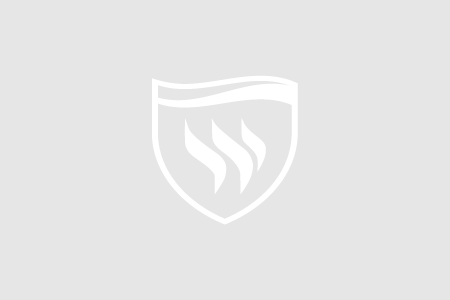 Connie received her Master’s Degree in Playwriting & Directing from Texas Woman’s University and her B.A. in Theatre and English with teaching certification from Trinity University in San Antonio where she studied with Paul Baker.

She is the author of more than a dozen plays, produced at both local and national venues. Locally her work has been seen on the stages of Circle Theatre, Stage West, The Main Street Arts Festival, Six Flags, Theatre Wesleyan, Main Street Theatre, The Scott Theatre, Gaslight Dinner Theatre and local schools. Nationally her work has been produced by theaters and universities from New Jersey to Oklahoma.

Connie's script Second Coming was presented by the Nebraska Repertory Theatre at Edward Albee’s Great Plains Theatre Conference in 2006; her play, Ice was presented at the Conference in 2007. Her western homage to Shakespeare, Boot Lick has been produced more than a dozen times by theaters across Texas and Georgia; her play Wonderful to be Wicked has been produced more than 20 times in Texas, Oklahoma, Georgia, New Jersey and Florida.

In July 2005 Fort Worth's Rose Marine Theatre staged her play A Modern Adaptation of William Shakespeare’s A Midsummer Night’s Dream. The Radio Show: It’s a Wonderful Life was produced by Theatre Wesleyan on the Artisan Center Theater stage in Hurst in 2008. Most recently, her children’s play Sky Sailors was produced by the Boyd School outside Washington, DC.

Connie has directed more than 50 productions. Locally she worked with Circle Theatre for more than a decade. Her directing credits at Theatre Wesleyan include The Complete Works of William Shakespeare Abridged, The Menaechmus Twins, Anton in Show Business, Frogs: The Road to Hades and Passage Through the Heart, The Woman in Black, a ghost tale, The 25th Annual Putnam County Spelling Bee, Certificate of Death, The Drowsy Chaperone, as well as the original student-written plays Blues Man, Far From the Tree, A Night at the Theatre/Theater and Ballerinas, Choose Your Weapons, Lycanthrope, and In & Between.

Connie has received multiple awards from the Kennedy Center American College Theater Festival for both playwriting and directing as well as the Kennedy Center Bronze Medallion of Excellence for her work with student playwrights in the five-state Region 6 area. In 2008-2009, Connie served as a member of the selection panel for the Kennedy Center Teaching Artist Grant National Committee and regularly serves as the judge for the Tarrant County high school playwriting competition.

While on sabbatical during the Spring 2010 semester, she spent time traveling and writing. During her sabbatical in the spring semester of 2002, Connie traveled the country as the Kennedy Center's playwriting representative on the American College Theatre Festival's National Selection Team. Prior to her election to the Team, Connie served as the Playwriting Chair for the KCACTF five-state region where she pioneered the Ten Minute Play Festival.

Connie has been a UIL One Act Play Judge, the judge for the Live Theatre League's High School Playwriting Competition and the playwriting mentor for the Fort Worth Shakespeare in the Park student playwrights. She is a member of the Dramatists Guild, Alpha Psi Omega and Kappa Delta Pi.