5 powerhouse entrepreneurs who earned their MBA 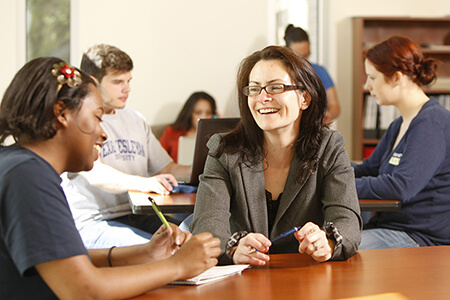 There are many paths to success, but some paths are straighter than others. A Master of Business Administration gives hopeful entrepreneurs the skills to take an idea, apply business theory and turn that idea into a successful company.

Here are seven examples of MBAs that used their graduate experience to change the world of business.

Some still refer to Michael Bloomberg as Mayor Bloomberg, while others refer to him as an entrepreneur or philanthropist. Bloomberg’s career has allowed him to wear a variety of hats, but his true passions are business and finance.

Bloomberg earned his MBA from Harvard Business School, and was hired in an entry-level position at Wall Street firm, Salomon Brothers. Today, he is using his MBA training as owner of Bloomberg LP, which has offices in 73 countries.

When it comes to choosing MBA training, we’re sure Nike founder Philip H. Knight would say, “Just Do It.”

Nike was developed from a term paper that Knight was assigned during his time as an MBA candidate at Stanford University. Nike hit the $1 billion in sales mark in 1986, and has been a leading athletics retailer since.

Sheryl Sandberg, Chief Operating Officer at Facebook, has so much more to offer than a great network. The “Lean In” author is also a former Vice President of Global Online Sales and Operations at Google and Chief of Staff for the United States Treasury Department. She is also in the business of demolishing the gender gap, using her MBA training as a role model for women’s rights. She founded the nonprofit organization “Lean In” to advance the pursuits of professional women.

Sandberg earned her MBA from Harvard Business School, and has been recognized as one of the “50 Most Powerful Women in Business” by Fortune and one of the “50 Women to Watch” by The Wall Street Journal.

John T. Chambers is often credited for leading Cisco to its massive level of success. In 1975, Chambers earned his MBA from Indiana University at Bloomington. He joined Cisco in 1991, after holding positions with IBM and Wang Computers, and within five years, the company’s revenue was ten times what it had been before his arrival.

Chambers has effectively used his MBA training to make massive changes to the products and services that Cisco offers, taking it from a router provider to a leader in audio, visual and written communications.

William R. Johnson earned his MBA from the University of Texas, and used his MBA training to advance the mission of the H. J. Heinz Company for more than 30 years. Johnson joined the company in 1982 and worked his way up the ladder, becoming CEO in 1998.

Though he retired from Heinz in 2013, Johnson is still extremely active as Director of Emerson Electric Co. and United Parcel Service, Inc., and an Advisory Partner of Trian Fund Management, L.P., as well as an Operating Partner with private equity firm Advent International. In January 2015, it was announced that Johnson would join the board of directors for PepsiCo.

Texas Wesleyan University
At Texas Wesleyan, we have a rich history and a Texas-sized reputation. As stewards of the University, it is our responsibility to build a future as bright as our past.
Upcoming Events
Oct
26
ProWorkflow Training Oct. 26
Oct
26
Wind Ensemble Concert