4 people you'll be surprised have a doctor of education 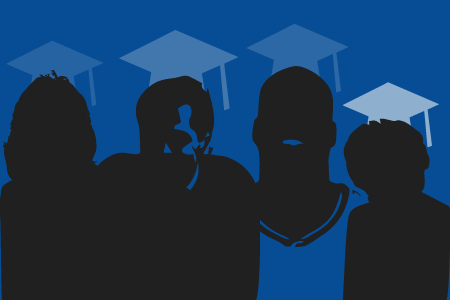 Things are not always what they seem, and that includes educational background. You may assume that athletes studied sports medicine or that talk show hosts studied communications. But as these successful personalities who all have their doctorate degrees in education will prove, you can achieve anything you want with a good education. Even if it’s not exactly what is expected.

If you’re familiar with Neil Postman’s work, you may know him for his social commentary and media theories. He is widely known for writing Amusing Ourselves to Death: Public Discourse in the Age of Show Business, a commentary on television and technology that was published in 1985.

But at his core, Postman was an educator. He received a bachelor’s degree in 1953 from the State University of New York at Fredonia before earning his master’s degree in 1955 and his doctorate degree in education  in 1958 from the Teachers College at Columbia University. He taught at San Francisco State University before leaving for a position at NYU, where he stayed for the remainder of his career. Postman died October 5, 2003.

This Ed.D. may not be a surprise, as Biden is a successful educator. However, while we make a habit of learning facts and secrets about politicians, we know much less about the lives of their spouses. Biden is the wife of U.S. Vice President Joe Biden, who she married in 1977.

Biden left a fashion merchandising program to pursue a degree in English from the University of Delaware. She left in her junior year but decided to return to school after she married Biden and gave birth to their daughter.

Shaquille O’Neal, or “Shaq,” is best known for his career as a professional basketball player. He attended Louisiana State University to play basketball, but dropped out to pursue the sport full-time.

O’Neal’s career took off immediately and he was the first player in NBA history to be named “Player of the Week” during his first week in the league, playing for the Orlando Magic. He later signed the biggest deal in NBA history, in 1996, to play for the Los Angeles Lakers.

O’Neal retired in 2011 after an amazing career. But his most impressive accomplishments may just be what he managed to do off the court. In 2005, he earned his MBA from Barry University and received his doctorate degree in education from the school in 2012.

If you were to ask anyone what “Dr. Ruth” is best known for, very few people would come up with the answer, “Her doctorate degree in education.”

As a child, Westheimer fled Nazi Germany to Switzerland, where she lived in an orphanage for Jewish girls. It was here that she began to share her knowledge of human sexuality, which she had learned about in her father’s books, with other students.

Westheimer  grew up to study psychology at the Sorbonne in Paris, France, before heading to New York. She took classes at the New School and earned her master’s degree before going on to work as a research assistant at Columbia University. She received her doctorate degree in education from Columbia University Teacher's College in 1970 while working at Planned Parenthood.

A successful career educating the world on human sexuality followed.

If you think a doctorate degree in education could help shape your career, call admissions counselor Beth Hargrove at 817-531-4498.

Texas Wesleyan University
At Texas Wesleyan, we have a rich history and a Texas-sized reputation. As stewards of the University, it is our responsibility to build a future as bright as our past.
Upcoming Events
Sep
26
Master Therapist Series: Dr. Wendel Ray
Sep
27
Banned Books Week 2020
Sep
28
O.D. Bounds Golf Classic
Sep
28
Event Rescheduled: An Unforeseen Beauty
Sep
29
Test Revision Strategies that Increase Academic Integrity 9/29
Sep
30
Universal Design for Learning 9/30