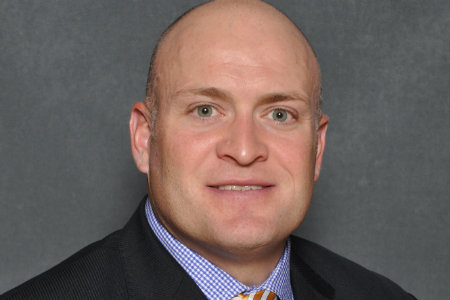 Brennen Shingleton MBA ’05 started his master’s while serving as an assistant coach for the Texas Wesleyan basketball team. Shingleton has served five seasons as head coach at Texas Wesleyan after serving as an assistant coach and later as an associate head coach for ten years. Shingleton holds an overall record of 103-58 (.640). He reached 100 wins during the team’s National Championship run in 2017, making him the fastest coach to reach the milestone in the history of the program.

Shingleton has been named Sooner Athletic Conference Coach of the Year in each of the last two seasons after guiding the Rams to back-to-back regular season conference championships in 2016 and 2017. Last year (2016-17) he led the Rams to their second NAIA Division I National Championship and was named NAIA National Coach of the Year. Shingleton has a cumulative record of 333-157 (103-58 as head coach) during his time at Texas Wesleyan and has helped produced 50 All-Conference players, 18 All-American selections, including five first-team NAIA All-Americans, and the program's only two-time Academic All-American CJ Higginbotham (05-07).

Shingleton was a member of the NJCAA Region 14 Conference Championship team at Lon Morris College in 1993. After a year at Lon Morris, Shingleton played at NCAA Division I Southeastern Louisiana University. During his time as a Lion, the team won a share of the Trans America Championship, finished second in the polls, and was ranked as high as 32nd nationally by USA Today.

The Alumni Medal Dinner will be held at the Fort Worth Club on Friday, Oct. 13. The reception begins at 6 p.m., followed by dinner and a program at 7 p.m.

The event is open to all alumni, friends and faculty and staff, and tickets are $60 per person. Register online by Oct. 7. For questions, contact the Office of Alumni Relations at 817-531-7523 or alumni@txwes.edu