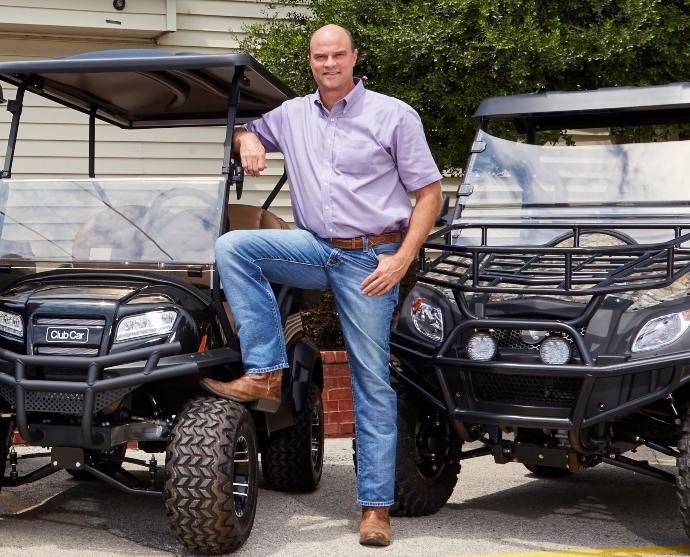 Fort Worth native Ben King has taken his TXWES degree and turned it into a successful career built on both new ideas and traditional values. He serves as General Manager and Vice President for Metro Golf Cars, a business his father founded in 1974. He also is President of Martex Global Enterprise, a manufacturing company he founded in 2008, and President of Boot Jack King Development real estate.

A basketball enthusiast, Mr. King transferred to TXWES as a scholar-athlete where he earned a BBA in 1994. He went on to graduate from Texas Wesleyan’s first-ever MBA class in 1999.

Mr. King has been a longtime advocate for corporate and community service.  He currently serves on the Texas Wesleyan President’s Advisory Board, is a Board Member for the Sellmark Corporation, and serves as vice-chair for the Golf Car Industry Best Practice Group. He serves other non-profits in the community, supporting youth basketball and cancer research.  The Fort Worth Business Press previously recognized Mr. King as a 40 Under 40 recipient. His leisure time now surrounds activities with Barbara, his wife of 20 years, and their 2 children.

Here’s what Ben had to say about his time at TXWES:

Do you know of any alumni who are doing great things in their field or community? If so, contact the alumni office at alumni@txwes.edu or 817-531-6548.