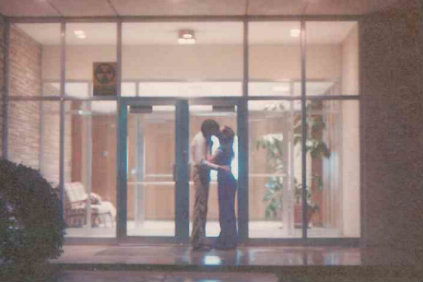 Texas Wesleyan played an important role in the lives of our alumni. Read about how the school played an integral part in these love stories:

Gregg ’77 and Janis ’77 Matthews met in the 6th  grade and became high school sweethearts in the 9th grade. The couple broke up right before they started Texas Wesleyan in 1973 but still saw each other on campus regularly. In February of their freshman year, they went on a date to the Theatre Wesleyan musical, and it was a whirlwind romance from then on. Gregg and Janis got engaged that summer and married spring break of their junior year. The couple spent their first year of marriage student teaching and going to school. They have been on the up and up ever since.

Gary ’84 and Tammy ’83 Shaw met in Mama's Pizza while playing Quarters with friends. He was pretty good at always getting the quarter to bounce in the glass, so he kept aiming for her. The next day he left a message in her dorm mailbox apologizing, saying he hoped she wasn't mad. Tammy says, “It was just the opposite! I loved it and totally fell in love with him and am still madly in love after 32 years of marriage.”

Mark Husband ’95 met the love of his life Robin Thompson ’93 when he was still in high school visiting the campus for a college visit, although Robin doesn’t remember this. In the spring of 1990, they met at Mama’s Pizza while he was on a campus tour, and let’s just say she made an impression on him. The pair spent a lot of time together and were members of the Wesleyan Singers and the Trouveres. Mark finally mustered up the courage to ask her out on a date, and they have been together from that day on.

Rachel ’01 and David Eidson met at Mama's Pizza across the street from campus. They ran into each other a few months later at an Alpha Xi Delta Halloween party and have been together going on 32 years.

Evelyn Pyle Tutt ’02, a theater major, asked Thomas Tutt, a music major, on a date in November 2000 after he performed in a jazz band concert. The date was just supposed to be dinner and a musical, but they ended up going downtown to grab coffee and see a movie. Six months later, Evelyn and Thomas were engaged and later married in the summer of 2002. They both went on to graduate the following semester and now have three children and still live in Fort Worth.

Nicole Jones ’04 was on her way home from a campus tour with her mom and sister in the summer of 2000 when her mother said, "I can't wait for you to meet a nice guy like Seth!" Her younger sister who was 9 at the time said, "mom, that guy was a nerd!" After Nicole started school at Wesleyan, she and Seth ’04 became best friends. Two years later, they decided to date and he finally proposed after four years. They’ve been happily married ever since.

Mariah Hill ’12 and Garrett Smithhart ’11 met in Dr. Neeley’s advanced grammar class while at Texas Wesleyan. From the first day of class, she thought he was cute. Lucky for her, he needed help on homework and the rest is history. Garrett proposed to Mariah in Mexico, and the two are set to wed in June of this year.