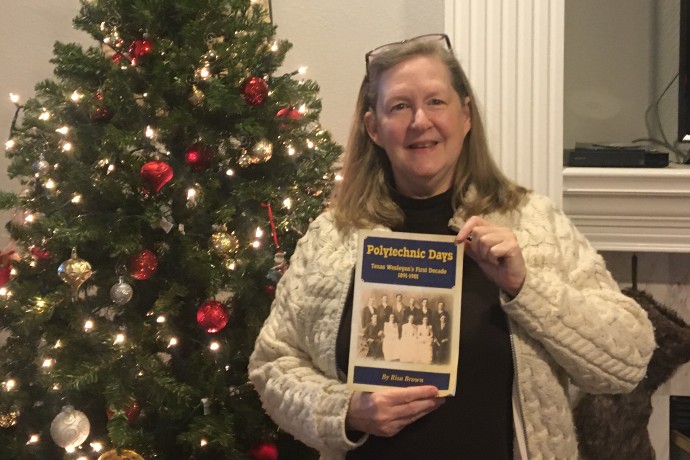 For stories of brave men and women who overcame great odds, look no further than Texas Wesleyan’s history. The stories of those early years and how students changed their lives are fascinating, says Risa Brown, a reference librarian at West Library and author of Polytechnic Days: The first decade of Texas Wesleyan, 1891-1901.

The college was called Polytechnic because organizers wanted many subjects taught, not just the classics and students were hungry to prepare themselves for the new world of the twentieth century. The school would face economic troubles, illnesses such as smallpox and a shortage of classroom space, but students were cheerful and excited to be part of a new endeavor.

Risa speculates on whose ghost is in Ann Waggoner Hall. An alumnus struck it rich just when he thought his life was over. Some died tragically young. Many women graduates used their education to be partners in their husband’s business or to strike out on their own. The Polytechnic “ancestors” will inspire everyone. Never before published pictures are included.

This is a brainchild of Perry Cockerell '78. Polytechnic Days is published through his publishing company Alliance and there are more decades to come!