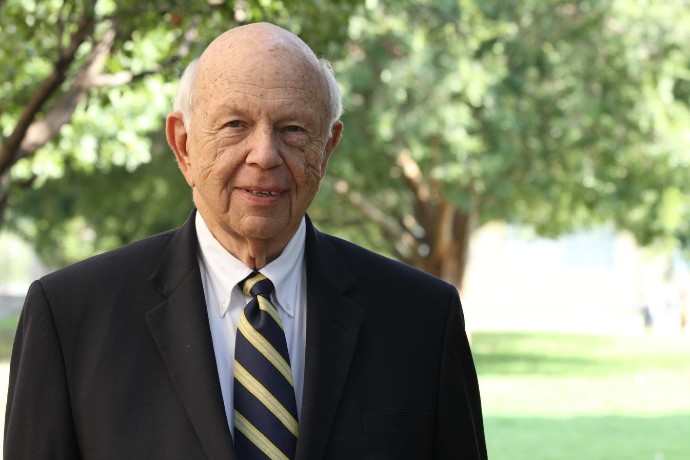 On Tuesday, Feb. 9, the Texas Wesleyan community lost someone near and dear to its heart. Dr. Carl G. Schrader, Professor Emeritus, passed away after a short illness. Dr. Schrader taught at Texas Wesleyan for 36 years, from 1962 until his retirement in 1998. However, Dr. Schrader did much more than teach. 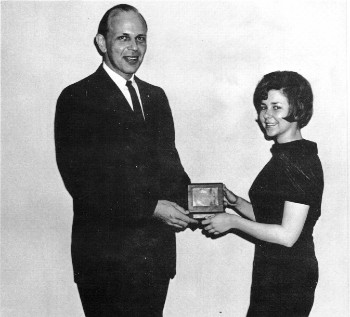 He was the founding faculty advisor for Alpha Phi Omega in the 1960s and the former sponsor for Sigma Tau Delta, Alpha Chi, Lambda Chi Alpha (Altoco) and Sons of Sakkara. He was an emeritus member on the Texas Wesleyan University Alumni Association Board of Directors, and received the Honorary Alumni Award in 2012. He was a favorite professor, receiving the student awarded Order of the Golden Rule several times during his tenure. He sponsored an annual scholarship for the athlete with the highest GPA, and attended the sporting events of his students. Following the games, Dr. Schrader would seek out the players and comment on their individual performances.

In addition to teaching, Dr. Schrader was a Presbyterian minister for 57 years, most recently serving at the First Presbyterian Church in Crowley. He also spearheaded the Retired Faculty Luncheons that met twice a year on the Texas Wesleyan campus. On Wednesday, Aug. 21, 2019, alumni, faculty and staff celebrated Dr. Schrader’s 90th birthday by attending a surprise birthday lunch at a local restaurant. Dr. Schrader, a humble man who preferred not to be the center of attention, was moved by the large number of guests who honored him that day.

Dr. Schrader was special. He was invested in his students’ lives, both in and out of the classroom. Texas Wesleyan University President Frederick G. Slabach shared, “Over the last ten years, I have visited with hundreds of alumni who have asked about ‘Doc Schrader’ and have volunteered information about the impact he had on their lives.”

It is our hope to raise $25,000 by May 31 to endow a scholarship in Dr. Schrader’s memory. If the goal is not reached by May 31, the funds will be placed in the Dr. Carl G. Schrader Tribute Scholarship Fund, which is a part of the Wesleyan Fund.

If you would like to celebrate Dr. Schrader’s life with a memorial gift, make your gift online today. For more information, contact Gina Phillips at gphillips@txwes.edu or 682-429-4622.