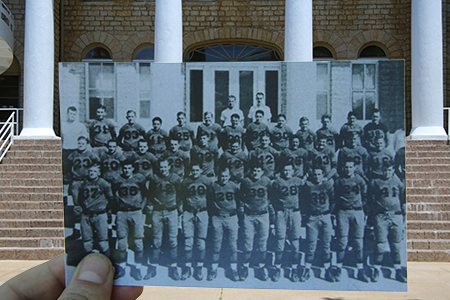 While other universities are gearing up for football season, Texas Wesleyan students can remember a time when the Rams were a force to be reckoned with on the gridiron. The 1936 Rams football team played 11 games and went 8-2-1, out-scoring their opponents 137-58.

Texas Wesleyan began playing unorganized football in 1892 when we were called Polytechnic College. The program disbanded in 1941 when the United States entered World War II.