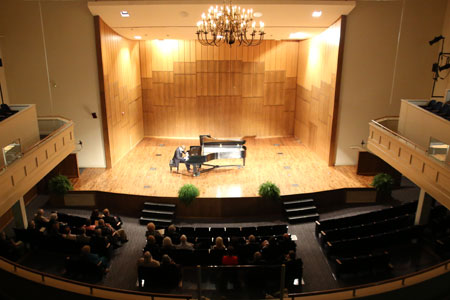 The Stephen Barr Memorial Concert will be held at 7:30 p.m. Friday, Oct. 30, in Martin Hall, and will feature pianist Jun Cho.

The concert was established more than three decades ago by Patricia Barr '52 and her late husband, Dr. Howard Barr '53. It is given every year in memory of their son, Stephen, with the purpose of presenting and promoting a young, up-and-coming artist who has a promising career as a performer. 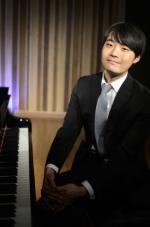 Pianist Jun Cho recently made his debut of Prokofiev’s Piano Concerto No. 2 with maestro Larry Rachleff as a result of winning the Shepherd School of Music concerto competition in 2014. He has appeared as both solo and chamber musician at major New York venues including Carnegie Hall, Merkin Hall and Alice Tully Hall in Lincoln Center.

Cho has also performed as concerto soloist with the orchestras of The Juilliard School and The Mannes School. Prior to living in New York, Jun Cho received numerous awards in his native Korea, including first prize at the Korea Times and Samick competitions.

Cho studied with Choong-Mo Kang, and received his Bachelor’s and Master’s of Music degrees at The Juilliard School as a student of Julian Martin. He is currently pursuing a doctoral degree at the Shepherd School of Music at Rice University in the studio of Professor Jon Kimura Parker.