CEO and Founder of TTI, Inc., Speaks to Students, Faculty and Staff Nov. 3 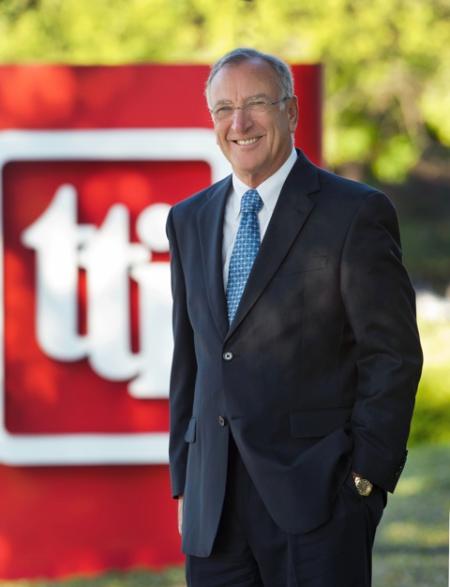 Paul Andrews is the founder and chief executive officer of TTI, Inc., and has more than 40 years of experience in the electronics industry.

From humble beginnings in a spare bedroom of his 400-square-foot apartment to a multi-million dollar global company, Andrews has progressively and consistently grown TTI into an exemplary business. With locations in Fort Worth and Mansfield, and more than 50 offices throughout the United States, Europe, and Asia, TTI currently employs over 3,000 people worldwide.

In the spirit of entrepreneurship, Andrews started Tex-Tronics in 1971 (later renamed TTI) with the idea that it would be a temporary source of income. Instead, Andrews took ordinary electronics parts and developed an extraordinary business. At his previous job as a buyer at General Dynamics, Andrews had a difficult time procuring certain types of electronic components. Taking that to heart, he started brokering those parts, providing better service and delivery on those items than the established distributors.

While the parts distributed at TTI account for only 5 percent of the costs, they represent 75 to 80 percent of the items on a printed circuit board. Andrews’ foresight of this niche market has resulted in TTI becoming the world’s largest electronics specialist.

“Certainly, ‘global’ was not an intial vision,” notes Andrews. “We just concentrated on being the best, not the biggest. But I found that once you build a great team of people, it’s hard to hold them back. So I found myself not only being a leader to them, but also allowing them to lead us to bigger opportunities and emulate our business model globally.”

On Thursday, Nov. 3, Andrews will speak at Texas Wesleyan University to students, faculty and staff. All are welcome to attend. His talk will be from 9:30 to 10:40 a.m. in Martin Hall. That evening, Andrews will be inducted into the Fort Worth Business Hall of Fame in downtown Fort Worth.