Coach Cornett Headed to the Hall of Fame 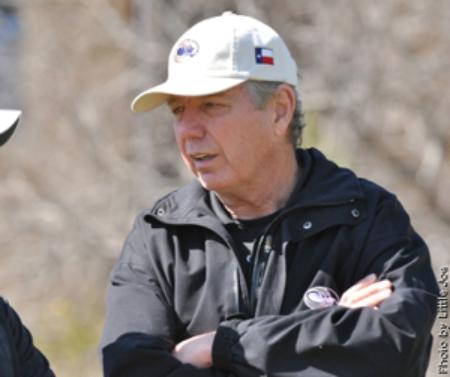 The Golf Coaches Association of America will induct seven new members into its Hall of Fame.  The induction class of 2010 will include Texas Wesleyan University’s Bobby Cornett. The group will be officially honored at the GCAA Hall of Fame Reception and Awards Banquet on Monday, Dec. 6, at the Tropicana Hotel in Las Vegas.

Cornett is in his 16th season as head coach at Texas Wesleyan. He lead the Rams from 1985-99 then served ten seasons as an assistant coach while focusing on playing the National Senior Tour and Champions Tour before returning to his role as head coach prior to the 2009-10 season.  Cornett has been named NAIA National Coach of the Year three times while leading the Rams to national championships in 1990, 1995 and 1999. Cornett’s teams have won 65 tournaments under his guidance and claimed at least one victory in each of his 15 seasons. He has produced 25 All-America selections and three national medalists. Cornett also played at Texas Wesleyan for Hall of Fame coach O.D. Bounds. He helped the Rams to the 1969 NAIA National Championship and earned All-American honors in 1972.

TWU Athletic Director Kevin Millikan commented on Cornett’s honor. “I can’t think of a more deserving coach,” Millikan said. “His record of three national championships and multiple individual medalists, All-Americans, and All-American Scholar Athletes is a testament to his accomplishment as a coach.”